WINNER of the 2017 Freedman Classical Fellowship | The Music Trust 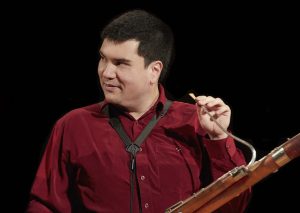