Anyone who has been to a Halcyon concert will have experienced the exquisite performances and inspired program choices of its two directors – Alison Morgan and Jenny Duck-Chong. Alison’s ethereal soprano and Jenny’s lustrous mezzo-soprano continue to delight, in combination with a number of musician colleagues chosen according to the demands of the repertoire. For many years they have been presenting quality contemporary classical vocal chamber music from around the world and have the proud record of having commissioned over forty new pieces. Halcyon’s sustained commitment to Australian composers is evident in the project to release studio recordings of their music, with the intent that not only concert audiences should have access to these fine works. Waves I showcases two pieces – Elliott Gyger’s Petit Testament (2008) and Andrew Ford’s Willow Songs (2009); Waves II features Ross Edwards’ Maninya I (1981/6) and Dan Walker’s King Ludwig’s Swans (2004/9).

Ern Malley was a fictitious poet, a hoax created by James McAuley and Harold Stewart in 1943; references to No-man’s Land, the Socialist Reich, the Front and grenades remind us that it was the middle of World War II. Those two poets may have had vexatious intent, but the result was skilful enough to be taken seriously and published. It also enticed Elliott Gyger into writing a setting of the last poem, Petit Testament. He employs the two singers to represent the two poets, who masquerade as one. It is a masterful work which exemplifies the composer’s facility in writing for voice. With their customary agility, soprano and mezzo-soprano blend seamlessly in a compelling exposition of melody and melisma. A commentary from the piano, performed by the dynamic Sally Whitwell, contrasts sparse chords and glittering, virtuosic passages. This ten-minute work is totally captivating. 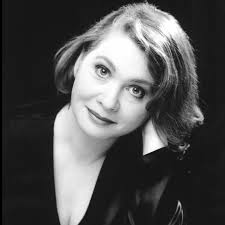 Andrew Ford’s Willow Songs (2009 is a through-composed setting of five poems by British poet Anne Stevenson, with an additional ‘Epigraph’ at the beginning and repeated just before the final song. Alison Morgan and Jenny Duck-Chong are joined by Sally Walker (flutes), Jason Noble (clarinets), John Douglas (percussion), Sally Whitwell (piano) and conductor Mark Shiell. The poems, which cover aspects of life and death, are wryly amusing, somewhat cynical and occasionally bleak. Overall, their mood is unsettling and Ford’s interpretation reflects well the emotional content. His music is both striking and most enjoyable. The opening is angular and stark, as he describes ‘The way that wintry woman/ Walked into the sea’, changing to insistent, nagging rhythms as he paints the picture of a less-than-perfect lover. A lively, jazzy section depicts two young girls out on the town, ‘midriffs agape’, to the poet’s warning that ‘bared flesh is fool’s gold’. In a contrasting, quiet passage we glimpse a skinny 12 year-old girl in front of a mirror, with ‘nowhere to go, nothing to do’ – this, presumably, is before she gets to the bared midriff stage of the previous song. The final Willow Song is a lament, evocative of the famous Millais painting of Ophelia as she drifts down a willow-lined stream, clasping a bunch of flowers. It is strophic, folksong-like, beautiful, a sombre lullaby and truly enchanting. The solo and ensemble performances are all excellent. 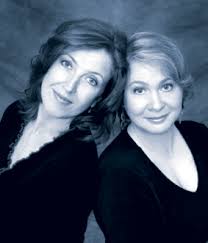 Maninya I is the first of those works by Ross Edwards which employ the unique ‘maninya’ motif, which can be detected in much of his music. He uses ‘randomly chosen phonetic units’ or ‘pseudo-words’, so the listener concentrates on the music rather than any written text. In this eleven-minute duet, Jenny Duck-Chong’s versatile mezzo is partnered by the virtuoso cellist Geoffrey Gartner. The first part presents a chant-like focus on the word ‘maninya’; it has a meditative quality, with wide leaps in melodic lines for both musicians. It segues into a rhythmically lively middle section in which we hear different phonetic syllables and rapidly repeated notes for cello, returning to the ‘maninya’ theme for a serene, atmospheric conclusion. The composer states in the liner notes that the ‘natural environment . . . remains to this day the supreme generative force of my work’. Knowing this, it is not difficult to imagine the possibility of birds, repetitive insect and other bush sounds as a background.

The stories of King Ludwig II of Bavaria, Mad King Ludwig, the Swan King, builder of the fairytale castle Neuschwanstein and admirer of Richard Wagner inspired the Australian poet Michael Dransfield. His verse, entitled King Ludwig’s Swans, creates a picturesque fantasy of flowers, gazelles, lutes, lakes, palaces, princes, kings and queens, Merlin and alchemy. Set to music by Dan Walker, it becomes a vehicle for the luxurious combination of four singers and harp. Alison Morgan and Jenny Duck-Chong are joined by Belinda Montgomery (soprano), Jo Burton (mezzo-soprano) and Genevieve Lang (harp). Their sensuous, sumptuous sound world is simply gorgeous, described in the liner notes as a ‘musical watercolour’. It is a garden of musical delights for performer and listener alike.

Both CDs were expertly engineered, mixed and mastered by Daniel Brown at Trackdown Scoring Stage in Sydney between 2009 and 2012. Texts are not included with the CDs, however they are easily found on the internet.

In summary, these two CDs are top quality. They present composers and performers of distinction and the results are exemplary. May there be many more.