The brave new world of electronic music is actually quite old now, first truly established in art music during the 1950s through the likes of Stockhausen; however it has been made accessible to the masses over the last few decades and spread its wings across the music style spectrum. Unbeknownst to many, Australian-based wunderkind, Michael Carlos, after flirting with the underground band, Tully, helped in the development of the Fairlight synthesiser and turned its geek speak into an accessible music language, the foundation stone of the sequencing programs every youngster now has on a laptop!

And where European and Japanese bands made electronica sound like, well, electronica, the new kids on the block are forging innovative, often hybrid musical genres out of the endless possibilities that sequencing programs provide. 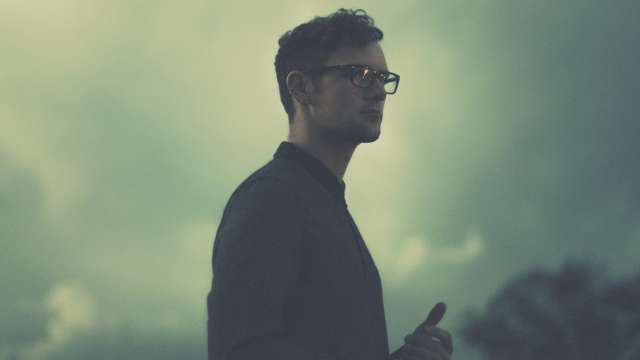 Until recently, groups working with electronica felt they had to continue a band-like stage presence. So there they would be performing with the drum kit and the guitars and the Mac. But it is becoming more acceptable for such artists to be alone on stage with their computer, maybe with electronic drums attached. It’s a strange phenomenon as these are often not the ego-driven, fame-seeking musos who strut the boards, but rather those who spend the majority of their time communicating with a screen and a palette of sounds.

Enter, stage left, The Kite String Tangle, a solo artist whose birth certificate boasts the name Daniel (Danny) Harley. He’s from Brisbane. If the brilliant Chet Faker is the graffiti-art-encrusted Hosier Lane of contemporary electronica, then TKST can be found around the corner at the upmarket Windsor Hotel. His voice is wondrously urbane, pure, rounded words with a slight, deep huskiness. He could just as easily sing in an ecclesiastical setting. The Kite String Tangle welds its electronic sounds to established genres, including R&B. The result of this fusion is cool, laidback and very, very smooth. It also sounds vulnerable, drawing the listener into the ‘know how it feels’ of his sentiments. With his distinctive work, Harley has justly been nominated for an ARIA for Breakthrough Artist. He is playing sold out shows in London this month after recently performing in New York. Star rising!

His EP, Vessel, is an eclectic mix. Arcadia is electronica clad in soul. It’s about the changing nature and directions of a once close couple, never to be so again – or ‘parallel sinking ships’ as TKST describes it. The music is rich with electro-orchestral washes, vocal echoing and tightly sculpted vocal harmonies. One of the qualities I admire in Harley’s work is his exploitation of electronic sounds which are failed attempts at the replication of acoustic instruments. Harley sees these as new tone colours, which is what they are, and blends them imaginatively in his arrangements. He thinks not just as a composer, but also as a producer.

Given the Chance is about, well, lust and apart from the iconic poem ‘To His Coy Mistress’ by Andrew Marvell, this condition is largely known to render the bearer inarticulate. That is certainly the case here. ‘Girl, you know I like you, girl you make me crazy’ is the hook Harley musters. Yup, gotcha. But despite my penchant for a good turn of phrase, it’s one of my favourite songs on the EP. Why? Well as his highness Prince knows full well, when words fail, there’s always funk to make amends. And that is Harley’s wise choice of genre here. It’s contained funk, a mere loosening of the tie, but it works a treat. Funk is characterised by a slow tempo, about 85bpm, and often no beat on one and three, just a high hit on four. In-between there is swung layered complexity filling in the gaps between that high sound and an often syncopated baseline. It’s all resplendent here with the added bonus of that oh so cool voice. Who cares what he’s singing about?

It should not surprise the listener then that another track, Words, commences with the line ‘I can’t find the words’ but the truth is that here he finds just the right ones. Like haiku poetry, there is no excess, but we feel his despondency in ‘I can’t find a leg to stand on, you tug at my threads, you pull me apart’ and later ‘look at the time when nobody’s watching, but it’s flying by and I’m falling’. His work is full of wry mixed metaphors – simple, but as effective as the surrounding music he creates. This song owes nothing to previous genres. It is pure The Kite String Tangle. The richness afforded his harmonisations with his own lead vocals in the refrain is just one example of Harley’s understanding of the power in having a recording studio almost literally in the palm of one’s hand.

He joins forces with Brisbane-based singer Tiana Khasi on Stone Cold. Khasi also has a beguiling and distinctive voice, which she applies to jazz, hip-hop, and neo-soul. This song is a lovely call and response with the singers uniting in the chorus. It allows us to view individual takes on a relationship. The instrumental aspect of the music is really inventive and combines a range of soundscapes emanating from contrasting sources which work incredibly effectively together. It’s easy to see Harley taking even greater risks with his music as his confidence grows and it will be rewarding to listen to the path he pursues.