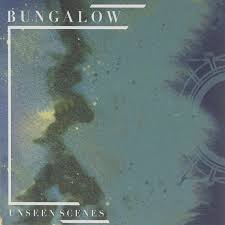 This Japanese-Australian quartet has a modern yet lyrical approach to their original stylized compositions leading to a balanced and very enjoyable album.

Mike Rivett, an Australian from Cairns, has lived and worked in Tokyo and also New York, where he studied with Garzone and Liebman.

He was also a finalist in last year’s Freedman Fellowship for Australia’s leading younger jazz musicians yet plays very maturely: he can cut loose and show his considerable chops or technique, but is also very capable of playing quite simply and beautifully, wisely. He favours the group sound and mood while allowing the music to develop naturally. All four musicians of Bungalow harness their talents and musicianship to a cohesive group approach to sound and improvisation. Dancing Elephant, the opening piece sets the mood for this new album, managing to be both lyrical and dense, sadly beautiful like a meditative and thoughtful response to modern life or unexpected challenge. The dance builds in intensity, with swirling piano and sax lines and a charged rhythm section. It’s written in 6 but every 14 bars drops a beat for the measure to be in 5. If this suggests the dancer of the title, it remains graceful and fluid.

March in the Labyrinth has three intertwining lines: a motivic syncopated three note bass line, a simple on the beat chord from the piano, and a more angular flowing line for sax once again showing good construction of denser harmonic and rhythmic layers.

The following piece Astir breathes timely air and space thanks to a beautiful bass solo introduction, and a unison slow melody played by piano and sax that is prayer-like, loving, almost in slow motion before a rippling ostinato section is launched by the piano right hand over a sinister left hand melody. This flows effortlessly into a sax solo, accompanied by drums playing both the faster eighth notes and slower half time rock feel before the prayer/love song returns. Like so often with good musical architecture, it is simple, satisfying and balanced. 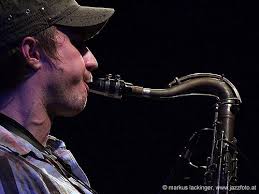 Bombay Duck, served with tabla in 5, transports us east although the chord sequence for improvising perhaps lacks a little spice despite the interesting alterations in the harmonic rhythm. Space Turtle features a dialogue between sax and piano that builds intensity over repeated bass note strumming along with the ride cymbal eighth notes.

The album closes with Respective Scene, blending electronic and acoustic music. The piece is again well put together, with a simple ostinato gradually layered with electronic sounds, piano, a sax solo, in ten. It evolves quite naturally towards an almost Spanish atmosphere using Phrygian and Lydian modes.

Throughout the album the music unfurls in an effortless unhurried manner, outwardly simple sounding but inwardly complex, using textures and tempi imaginatively. The music is melodic, often with repeated motifs or ostinati against moving harmonies, and more than a touch of contemporary Japanese lyricism. The construction, sense of proportion and balance, maturity and sincerity of the music combine to make it an emotionally satisfying album.