In our darker and more cynical moments, composers sometimes remark that getting a World Premiere is relatively easy, but that one should leave the bubbly on ice until the second performance, the getting of which is the real achievement. And I’m not just talking about nasty, modern, squeaky-door, avant-gardey kinda stuff; plenty of non-horsescaring works, derided by the pointy-end people precisely for being ‘accessible’, languish. There are numerous possible reasons for this: the real or imagined innate conservatism of audiences; risk-averse programming by cash-starved presenters; performers who prefer to hone their skills on canonical repertoire. But there is also, perhaps, a sense in which Australian art music is a victim of its own success. While there would be few composers who don’t wish for more commissions and greater exposure, it is true that since the 1960s organisations like Musica Viva Australia and the state symphony orchestras, especially while under the aegis of the ABC, have engaged in the commission of new works. With establishment of the Australia Council, building on a growing sense of responsibility for the arts among governments in the late 1960s, the Federal Government began to offer a level of support by no means comparable with, say, Germany, but nevertheless generous by most standards. And some of those composers who came to prominence in the 1960s (notably the four represented on this new recording) became inspiring teachers in established or newly-founded music schools across the country. The number of people with some formal competence in composition has accordingly grown exponentially in a relatively short time, but, absent a return to the situation where new music was expected, even demanded, as in, say, Mozart’s time, there will inevitably be fewer performance opportunities than there are composers and works. Equally inevitably, there have been fewer and fewer opportunities for older works to receive repeat performances and thus become part of the repertoire, and only some have remained accessible in recordings. I cannot, therefore, stress enough just what a useful document this new recording is, offering as it does four works from an important period, by important figures in the history of modern Australian music.

The project was initiated by musicologist Michael Hooper, now Lecturer and Post-doctoral Fellow at the University of New South Wales’s School of the Arts and Media. Hooper was surprised to discover that there was no recording of Richard Meale’s String Quartet no.1 – especially so, given that Meale’s Second Quartet has bucked the trend and enjoyed life as a repertoire piece. From there, Hooper decided to explore more of the repertoire from the mid-60s to -70s, and, while still working in the United Kingdom, enlisted the Kreutzer Quartet to discuss, perform and record the four works that appear on the CD: as well as the Meale, there is Don Banks’s String Quartet, Nigel Butterley’s String Quartet [no.1] and Felix Werder’s String Quartett no.8 – Consort Music. An online version of the recording, accessible at the Move Records website (www.move.com.au), also contains Banks’s Sequence for solo cello.

The late Charles Rosen, if memory serves, once made a remark to the effect that the only way to convey meaning in modernist music was to play it as if it means something. And one of the great pleasures of this recording is that the members of the Kreutzer Quartet do just that. In fact, there are excellent contemporary recordings of some of these composers’ works for quartet, if not these precise pieces; among them are the Sydney String Quartet’s recording (on Cherry Pie) of Banks’s slightly earlier Four Pieces for String Quartet, and the Austral String Quartet’s rendition of Werder’s Sixth Quartet (World Record Club). But some recordings from the period betray performers’ unfamiliarity with certain styles and manners. Two members of the Kreutzer Quartet are, however, familiar with Australian music and, significantly, with the playing of Donald Hazelwood who was a founding member of the Austral Quartet (for or by whom a number of these works were commissioned), and, of course, later concertmaster of the Sydney Symphony Orchestra. The ‘Kreutzers’, moreover, have played much of the music that provides a context for the works presented here. As Hooper notes, the Quartet members’ association with Roberto Gerhard’s music was of huge value when approaching the Banks, as was their familiarity with Tippett’s quartets when preparing the Butterley.

Each work on the CD is a strongly individual contribution to the modernist enterprise, and the Kreutzer Quartet’s impressive playing finds the individual character of each composer’s voice. Werder’s Quartett (and he did insist, in this work, on the German spelling) is the earliest of the four works, and, as Hooper explains in his clear and detailed liner-notes, ‘it rails against tradition’. In one of those characteristic ‘collage’ scores (some of Werder’s look like old-fashioned ransom notes) Werder uses the gamut of extended techniques and sounds, overlaid, in a gesture of bitter sarcasm, on the tempo markings of Walton’s Cello Concerto to create his Consort Music with its ironic title. Werder jeers at tradition generally and at English music of various specific periods, where Butterley has a much more congenial relationship with tradition. As often, he takes his inspiration in his first String Quartet from one of the ‘metaphysical’ religious poets of 17th century England, here Henry Vaughan and his poem The Revival. Butterley’s music is no less acquainted with the manners of modernism than Werder’s, but this is pressed into a very different kind of service, one that can admit transcendence and serenity. The almost static homophony of the opening, for instance, is essentially serial in organization but has something of the sound of a consort of viols in its close harmony, and in Butterley’s deft use of part-swapping – placing the viola and cello above the violins and so on. In the second of its two movements, Butterley admits a certain amount of aleatoricism – the upper parts are given some rhythmic latitude, a practice that Hooper reminds us Meale used in Incredible Floridas, in whose premiere performance Butterley took part. A page from the second movement of Butterley’s quartet, on the stand.

Meale’s First Quartet makes greater use of such Boulezian modules or tropes and his approach is often more astringent in the first of the two movements of this work. In the second, Meale directs the players to move to the back of the stage, facing away from the audience, and each other while they play a faint and disembodied music; the recording captures the essence of this quietly dramatic gesture wonderfully well.

Finally, though first on the playlist, is Don Banks’s characteristic essay in seemingly effortless rigour, where, to borrow a term from architecture, ‘expressed structure’ is never at the expense of finely judged and beautiful sound. It was composed after Banks returned to Australia where, sadly, he found a less than collegiate musical community, and his energies were sapped by bureaucratic duties and fatal illness. His early death was a great loss to our music. 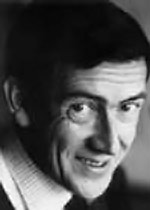 This recording, then, is more than welcome. Well-researched (Hooper’s notes are, as we’ve observed, well worth a read, and he has written about the project on the Australian Music Centre’s website (http://www.australianmusiccentre.com.au/article/unfold-fresh-approaches-to-older-works). It’s very nicely presented and the provenance of the cover graphic is wonderful.