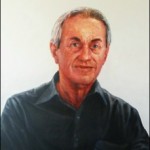 “Australia’s greatest artists are virtually unknown overseas because their work is ‘too strongly defined by place’, according to Edmund Capon,” the retired Director of the Art Gallery of NSW (Sydney Morning Herald, September 11).

Going back into the 1800s, artists have wanted to create distinctively Australian art. Government organisations have encouraged artists of all kinds to use their special skills to articulate identity (or “brand” as we say since the marketers took over everything). Under the charters of the ABC, the Australia Council and others, the creation (or discovery) of national identity has been a priority. The work of the recently deceased composer, Peter Sculthorpe, was revered above all because it seemed that he had found a way to express the Australian landscape and spirit in music.

And now here is Edmund Capon telling us that our visual artists have succeeded, but too well. Our punishment is that the world does not admire us.

Capon’s observation is interesting and his analysis may be correct. That’s by-the-by if it is irrelevant to any actual public decisions. But remember that the Australia Council’s new strategic plan has as objective number one that “Australian arts are without borders”. Our artists in all forms should be supported to make work that is captivating, coveted and consumed on the international market.

It’s very interesting that this plan at no point so much as mentions “Australian identity”. The following key statement is about as close as we get: “We are a diverse community of identities, faiths, individual differences and pursuits, yet we have many shared values and our sense of nation is strong.”

I remember when I was at the International Music Council, the head of culture at UNESCO put up a baffling new concept: “Our identity is our diversity”. Our identity lies in all the ways we are not similar. So how is (the Australian identity that is comprised especially of the ways in which Australians are not similar) distinguished from UNESCO’s (identity of everyone in the world based on all the ways in which everyone is not similar)?

For some reason, I remembered being a child and mixing all those lovely colours together from the water-colour set and coming out with shit-brown. Perhaps Australia is just a different shade of, umm, brown.

An Australian identity was never going to appear because the Australia Council set it as an objective. If there is enough innovative work, we might discover in retrospect that some part of it has become “distinctively Australian”. So foster innovation. And innovation results inevitably in diversity. Diversity follows also from all our ethnicities and personal histories and new technologies and international interactions. All good for cultural evolution.

The fear, paradoxically, is that in seeking spectacular success in the international market, the options for diversity close down. A mass audience by definition shares a taste for something familiar. A mass audience is not an audience that seeks innovation; it just wants what it knows, tweaked, and what it knows is mostly unlikely to have come from Australia. What it knows is what was marketed to it, step one.

In retrospect, we can see that in the first half of last century, Australia had a relatively simple national identity. That identity is still alive and well in some sectors but many in the population do not share it; it is submerged by immigration and rapid change in almost everything. The Australia Council’s description (or is it ambition) is a good fit to circumstance.

We can participate in the international artistic languages – for instance, by performing the classical music canon, the rock and pop, the internationally successful plays and so on, but we should not give up the desire to be local, to tell Australian stories, to paint the Australian psyche, sing the Australian heart, dance the beach and the desert, just to sell ourselves overseas.

They are found either by scrolling down the blogs page OR visiting the archive at http://musicinaustralia.org.au/index.php?title=Category:Blogs_and_Other_Lin