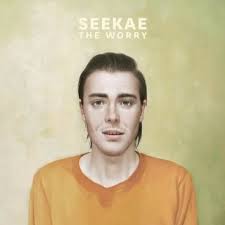 On The Worry, the third album release by Sydney trio Seekae, twelve often minimal, moody, and finely balanced tracks are offered, showcasing the burgeoning songwriting and arranging abilities of Alex Cameron, George Nicholas and John Hassell. The trio are also credited with production. The ‘traditional’ songwriting aspect of The Worry is elevated by the trio’s obvious mastery of an array of EDM genres, although bass-heavy mid-tempo feels abound here.

The opening track Back Out introduces us to the rhythmic and textural soundworld of the band, with slightly ‘wonky’ beats complemented by the slow evolution of effects, endowing the music with a vibrancy, like gradually blooming flowers. Here, like on most of the tracks, there is enough space between each element – drums, vocals, rhythmic motifs, melodic hooks – that the listener is never overwhelmed. There’s a nice balance on most of these songs, between the warmth of synthesizers, more stark and percussive sounds, and grooves inspired by the ‘post-dub’ of Mount Kimbie or James Blake. 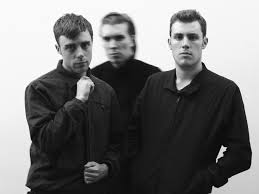 Another is one of the more minimal tracks on the album, foregrounding the vocals of Cameron, who often takes the drum chair in live performance. There seems to be a lot of space here, a product both of Cameron’s vocal phrasing and the almost constant presence of some sort of reverb effect, whether it be in the percussion layer of the music or in the vocals.

Test and Recognise utilises multi-part harmonies, which are wreathed in a trancey lead synth and underpinned by deep bass and lushly whirring pads. The unfolding of rhythmic and melodic motifs through incremental changes in low or high pass filters or distortion intensifies the momentum produced by song structure.

Boys is built around a shuffling samba-like pattern on the snare and a glistening plucked guitar pattern, but the use of harmony and vocoder effects on Cameron’s voice gives an edge to this track. At only two and a half minutes long, I wished this song was longer. The funky house-inspired bass lines of the title track are at the heart of what is the one of the stronger compositions of the collection. I loved the way the mood of this track modulated between urgent and sedated: the tension and release evident here is a strong point of Seekae’s music. 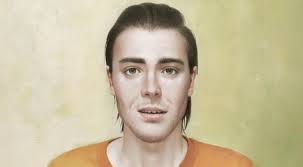 Further features the intrusion of some refreshingly organic-sounding saxophone, flute and clarinet, the latter blending with Cameron’s voice. The salubrious hip-hop feel of this track brings a lighter tone to a collection of quite dark and serious songs. In a return to the dominant theme, the churning oscillation of the synths on The Stars Below offers perhaps the tensest moments of the album, matching the agitated sentiment of the lyrics. This atmosphere contrasts with The Monster, the catchiest track on the album – the drums give ample opportunity for listener head-bobbing – and Cameron’s vocal harmonies are both memorable and sing-alongable. The horn section, particularly the beefy baritone sax and slightly fractured-sounding clarinet, lend emotional weight to the conclusion of the song.

The final track Tails features a beautifully lush synth over which Cameron delivers his most assured vocal melodies. The toppling forward thrust of the drum patterns recall Bjork’s first few albums, and she is an artist that, despite the obvious vocal differences, is a touchstone for Seekae’s work here. The Worry also strikes several chords with fellow Sydneysiders PVT, who, like Seekae, have developed from a primarily instrumental band to now include vocals on most of their new compositions. The Worry is definitely a journey into new territories for Seekae, and the musical landscapes they have discovered are worthy of repeated visits.