The Time Is Ripe for the Great Australian Musical John Senczuk has spent 30 years in music theatre, dance and drama as a designer, director, writer for and about theatre, academic, manager. His special passion for music theatre has led him to make a magnificent proposal, outlined in this edition of Currency House’s wonderful series of quarterly monographs, Platform Papers.

These are important ideas and what follows is perhaps more a summary of them than a review although at the end, I have added thoughts prompted by the proposal. Readers may be tempted to buy the little book and get all the details that a summary omits. Senczuk prepares the way for his scheme by taking us through a short history of Australian musical theatre. There normally are many large-scale musical productions playing in Australia (almost all foreign) and an abundance of fine performers, most of them graduates of a small number of university programs – the West Australian Academy of Performing Arts (WAAPA), VCA, NIDA, Queensland Conservatorium and others. However, our librettists and composers have been neglected and the history of the home-grown musical is a very slim volume.

Senczuk makes an important distinction between “jukebox musicals” and “book musicals”. Priscilla Queen of the Desert and The Boy from Oz are jukebox musicals: a story is illustrated with already existing songs, usually by any number of composers. The book musical is developed from scratch by a writer and a composer. (It could be based on an actual existing book, but that is another matter.) Senczuk says Australian musical theatre began with jukebox musicals like On Our Selection and Reedy River (probably before there were jukeboxes!). “The 1933 production of Collits’ Inn, by Varney Monk and Stuart Gurr, marked a turning point.” This was a book musical and while not the first created by Australians, had unprecedented success in Melbourne and Sydney and is still performed. We should have a program to develop the Australian book musical, says Senczuk. To bring a new musical into the world is an extremely complex process. The opportunities to do so are rare in Australia and so writers, composers and all the other creatives have little opportunity to learn their craft.

Senczuk describes his experience working with director Gale Edwards to develop and produce the musical Eureka. The process took 24 months before first night in Melbourne in 2004. It cost $7 million. The complexity of the process he describes is daunting – a long series of actions that build the work in layers, as it were, each one tested and progressively revised. How much easier to remount an existing foreign production! After all that preparation, Eureka ran for “a solid three-month season … but ultimately failed to make that final leap into the zeitgeist”. It closed without a Sydney season.

A good work, well produced, but evidently without that magical flash that can transport audiences. So if we are to set out to create an Australian musical theatre, we have to know the process and the risks and we have to give our creatives the repeated experiences that will build their skills and support, for a few, the magical leap.

Senczuk elaborates a plan. He analyses what is needed, states seven issues we need to address: public funding; the need for private investment; steady employment for music theatre workers through which they build confidence and competence; loss of royalties offshore because of lack of local creation; lack of opportunity for composers and writers to develop their discipline; colonisation by foreign product, blocking development of an Australian language in music theatre; graduates from our training institutions performing only in the idioms of foreign music theatre works.

We need to readjust the mindset of stakeholders at all levels, says Senczuk – away from production of pre-culled foreign works towards creation and production of riskier local works. There is so little opportunity that at present for each new work, the creators have to re-invent the wheel. Our big producers have the capacity to provide the continuity of expertise, but don’t. So the sector itself must collaborate “to evolve a strategic, professionally charted Australian music theatre matrix”.
In Senczuk’s plan, there is a job for everyone.

The university music theatre schools should, for instance, add a stream to train producers and offer them secondments; commission new musicals, workshop and produce them; offer residencies for librettists and composers, bring Australian musicals into the curriculum.

The community theatre sector he says is “strong, adventurous and fearless” – but it avoids Australian musicals. There should be a campaign within the sector to change this. Priscilla, Queen of the Desert

Together, these actions would build a much more supportive context for an Australian music theatre. But it emerges that they are but skirmishes in the foothills. Senczuk envisages the birth of a fully professional Australian musical theatre through “a structured development program, linked specifically to producer attachment and with performance outcomes”.

To this end, he proposes the establishment of a new national funding agency, the Australian Music Theatre Foundation (AMTF) to provide financial support at crucial developmental stages of new book musical or opera collaborations. It would set up a three-year centralised and strategic funding model with acquittals linked to strategic KPIs and a sequence of funding advancement opportunities: Early, Advanced and Market Ready. To be eligible for AMTF funding the work should be of a scale intended for venues of minimum 850 seats. It should also include assistance in post-development networking and investment opportunities.

The funds would come from a reallocation of or preferably, addition to Australia Council funds, tax-incentive donations, philanthropy and a return on its investments in commercial projects.

You think that’s the plan? No, there’s the master stroke to come. Senczuk proposes that a single Australian city should become the powerhouse for the creation and production of the Australian book musical. The city is Perth.

The case for Perth. It is in the centre of the world between Asia and the rest of Australia and in the same time zone as a list of major Asian cities. It is isolated. (Why is that an advantage? Perhaps because the program would be more important to its identity and self-regard?) It is the home of WAAPA, the most famous Australian school for musical theatre (See? against the odds, that somehow already happened). Its 1,200 seat theatre, His Majesty’s, is underutilised and would be given over to the exclusive use of the music theatre program; the theatre building has other facilities that would make it possible to create, rehearse and present a musical under one roof, efficiently and economically. (Senczuk does not propose alternative venues for current users, notably the WA Opera and WA Ballet. Do they exist?) There is in Perth a good pool of accomplished musicians who can form scratch orchestras. Perth has a number of high quality professional providers – e.g. a diverse theatrical construction firm. The Perth audiences are loyal to music theatre and are able to provide three- to four-month residencies for touring productions. The dome in His Majesty’s Perth.

While there would be government assistance, Senczuk envisages that the program would be commercially viable and contribute to Perth economically and culturally. It would draw tourists and produce musicals that could tour nationally and up through Asia.

So that’s the plan. Already there has been a positive response from government sources in Perth and another city has expressed interest. It is looking very much as though this proposal has legs.

I have a few thoughts to throw into the discussion.

John Senczuk observes the nurturing of the performers and production workers in music theatre but the neglect of the writers and composers on whom we would depend. His plan includes provision to encourage and support the creation of new works. But when it really gets down to business, these works must suit theatres with a minimum of 850 seats. So we are looking at large scale music theatre, probably involving large investments, elaborate productions, substantial financial risk.

An interesting digression. Here is a list of Verdi’s famous operas in the order of creation. Nabucco was his third opera. Numbers 1 and 2 are not seen today. Seven operas later came the next famous opera, Macbeth. Another six passed before we reach Rigoletto, the first of four superb and famous operas coming in immediate succession. Number 25 begins a run of six operas all of which including the last, Falstaff, are in the canon. The gaps in the sequence below are, at that stage, filled with revisions of operas previously listed. (So Verdi was, in a sense, engaged in a workshopping process!)

Verdi did not really hit his straps until opera number seventeen! – after which nearly all of his operas achieved such success that they are still, over 150 years later, frequently performed. Heavens, you can even see some of them this year at Opera Australia. That’s how famous they are!

Australian composers of operas or musicals would never have Verdi’s opportunity to create such a succession of works, building their craft and ultimately, the magical art that gives us Rigoletto.

This scheme needs to provide somehow for the creative teams to have many opportunities to write and produce music theatre or opera works (Senczuk includes opera in the funding scheme). This will not occur if all the resources are directed to shows that can play in theatres of minimum 850 seats. There should be projects of this scale but there should be many more “bijou” works making creative opportunities in our equivalent of off-Broadway theatre. Some can be successful there and some of those may be suited to scaling up to larger productions and theatres as happened recently with the Hayes Theatre’s Sweet Charity. 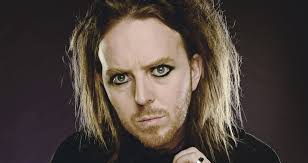 Tim Minchin is the only Australian composer of musicals with international status. His musical, Matilda, is playing in London and the US and opens in Australia this year. Tim comes from Perth. Spooky.

Another point. John is seeking a distinctive Australian musical theatre. To be distinctive means that, by definition, it will be unlike the foreign music theatre that is familiar to the large music theatre audience. Therefore, it will have to be innovative. The audience for artistic innovation is small and it will be only a small audience that, for the most part, is available to innovative musical theatre. For a large production, needing a large audience, artistic innovation entails risk of empty houses and red bank balances. The main incubator for innovation will be small companies and small-scale works – as it is with new classical music.

John Senczuk envisages that new operas would also be eligible for government funding under this program. It would be good to see opera composers and librettists supported. A word of caution, though. If the government fund seeks a financial return from its investments as proposed, its motivations will be conflicted. Musical theatre is judged a success if, above all, it attracts a large audience; if it does so, it can have a long run that recovers costs and rewards the government and private investors. Opera’s success is judged artistically. Even a successful new opera is most unlikely to make a profit because very, very few operas have a long run and we can probably say that virtually none of them were written in the last century. The funding body should keep the distinction in mind; it will not get a financial return from investment in opera but should fund it nevertheless.

Final thought. Some musicals, like Strictly Ballroom, Priscilla, Moulin Rouge, begin or end up as films. There is potentially an international audience without further investment in production and in Australia, film finance is already provided or tax-encouraged by the government. Senczuk is focused on stage, and why not. But film also could be considered.