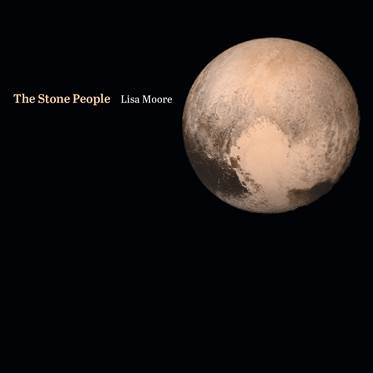 The Australian pianist Lisa Moore is on fine form presenting an always-fascinating group of new works.

Some time back in the 1990s I went along to a Seymour Group concert in Sydney that featured a work by ‘the other John Adams’. Australia had had numerous performances of Short Ride in a Fast Machine and other works of John [Coolidge] Adams’ magisterial post-minimalism (by which I mean music that creates and maintains a simple momentum from the repetition of motivic cells, but which allows for thematic development, and the expressive possibilities of goal-directed harmony and dynamic contrast). John Luther Adams, whose music we heard that night, was, on the other hand, practically unknown in this country at the time. That, rightly, has changed in recent years.

The work we heard back then was part of the songbirdsongs, a fascinating work for two piccolos and percussion composed over several years from the mid-1970s – the time at which he began living and working in Alaska. songbirdsongs, like much of Adams’ subsequent work, grows out of close observation of and identification with specific landscapes, often as interpreted by their indigenous inhabitants. In that regard there are inevitable comparisons to be drawn with the music of the late Peter Sculthorpe.

For me another abiding memory of the 1990s was hearing Lisa Moore give the premiere of Michael Smetanin’s Stroke in the admittedly over-resonant acoustics of the Art Gallery of New South Wales. Moore has largely specialised in new music, of course, both as soloist and member of Bang on a Can, exploring and helping create a repertoire that fits perfectly with her considerable strengths as a pianist, among them a steely accuracy and impressive stamina. Both of these qualities were perfect for Smetanin’s jagged yet highly detailed music, as they are for Adams’ often-granitic music. 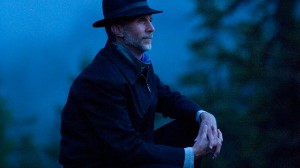 Moore’s new album of (mainly) recent American music, The Stone People, is built around three solo works of Adams, composed at intervals of six or so years between 2001 and 2012. The earliest, Among Red Mountains, establishes certain salient characteristics: chthonic pounding, angular contours, handfuls of densely packed often-repeated chords that create a foreground to a glacially unfolding arc of the piece. Nunataks (Solitary Peaks) also celebrates the montane. While the granitic textures of the earlier piece might suggest awe at the sight of mountains, or the effort in climbing them, Nunataks cultivates a serene spaciousness in its recurrent accretions of fourths-based harmony that are left to hang in the air. I was reminded of Wordsworth’s sublime vision from the peak of Mount Snowdon. The title track, Tukiliit (The Stone People Who Live in the Wind) brings together these two musical manners, alternating deep, tolling bass notes, chunky chord progressions and ecstatically unfurling arpeggio figures.

Naturally these works are all in some sense elegiac, especially the two that directly refer to indigenous language and lore. (Adams is politically as well as musically active in defence of his adopted state.) Here they are complemented by two works that explicitly address the same issue. Martin Bresnick’s Ishi’s Song memorialises Ishi, the last speaker of the Yana-Yahi language whose voice was recorded shortly before his death in Berkeley, California in 1911. Bresnick spins a work of classical post-minimalism (rather closer in style to Coolidge than Luther…) out of this material. There is no attempt to evoke a landscape or recreate a lost music, but perhaps that is its point: behind this beautiful but urban (and urbane) music there is a tragic absence. Australian composer Kate Moore seems to be driving at the same thing in her Sliabh Beagh, which celebrates her ancestral heritage, though here the landscape and culture are Irish rather than Native American. (While composer Moore assures us that she and pianist Moore are not related, she may be alarmed to know that one of my Irish grandfathers was born a mile or so from the ‘Little Mountain’ of the title…). Like Bresnick, Moore offers a fragment of ‘native’ music that then forms the basis of a hypnotic fantasy.

Julia Wolfe, like Bresnick and Moore long associated with Bang on a Can, is represented here by two works. Earring is a two-minute jeu-d’esprit where a simple melody in the middle-register is overlaid by insistent chirpings high in the keyboard. Compassion is a more substantial piece where the equable rhetoric of post-minimalism is undermined by the manipulation of tempo and dynamics: the repeated figures that dominate the piece sound, therefore, more like an urgent demand for compassion than a prayer or polite request.

Missy Mazzoli is the remaining ‘composer-explorer’, as annotator David Lang puts it, in this collection. Her Orizzonte is a wonderfully meditative short-piece for piano and electronics that gently seeks and looks beyond a far horizon.

Moore is on fine form in this collection of fascinating and varied music, and has been beautifully served by her producer and engineer. Most of the composers are a mouse-click away, of course, but I could have done with a little more information in the jacket notes. Call me old fashioned…