The Never, Um, Ever Ending Story: Life, Countdown and Everything in Between

The Executive Producer of Countdown, Michael Shrimpton once said that Molly Meldrum was ‘a collection of nouns searching for a verb’. Actually, Molly has done a lot of verbing in his life, much of it with a capital ‘V’. One could almost call him verbose! He also cites many nouns, particularly the proper variety (though often appearing improper) in his autobiography, The Never, Um, Ever Ending Story. In addition to assistance in his writing from Jeff Jenkins, Molly has summoned many of these proper nouns, his multitude of friends, colleagues and acquaintances, to comment on, or confirm the anecdotes throughout. So the book is like a written version of the once popular documentaries where a strange assortment of people would take turns to sit on a couch while a still camera captured their version of ‘a truth’ about an event or person. This was carefully edited with ‘footage of actual occurrences’ to create a narrative seen from different perspectives. There was always something slightly surreal about ‘the people on the couch’ and much of Molly’s life and the people he has shared it with offer a similar vista. The first thing one realises about Molly Meldrum is that he is perfectly at ease with criticism most of the time and often self-deprecating. When he’s not okay with criticism, he makes it known, verbally (I told you), or if it comes to it, physically. He’s had some incredible stoushes with people including Johnny Rotten and Sid Vicious from the Sex Pistols and his best mate, record producer Michael Gudinski. The two have what Gudinski describes as ‘a marriage’ (his other marriage) and Meldrum refers to as ‘The Odd Couple’, a pretty volatile affair founded on the intense relationship both have with music. Ultimately, music is the beast that hinges most of the people in this narrative together. Music is not an idle way to alleviate the boredom of a long trip in the car, it’s an obsession, life. And no matter how diverse all the people in this tale are, they respect each other because of this drive.

It is partially from shared experiences, and partially because Meldrum treats everyone equally (to Prince Charles, ‘How’s yer Mum?’) that he is forgiven his indiscretions, his appalling sense of time, his sometimes inappropriate verbs and nouns, his fluctuating moods and his overreactions to often trite circumstances. And it is so obvious when he conducts an interview that he is really interested in the interviewee. Molly does his homework. He is almost at ease in breaking rules or at the very least, protocol, to secure an interview he wants and people admire him for this tenacity. He knows his subjects and despite the ‘ums and ‘er’s, artists warm to this person who shows an obvious desire for insight into their creativity, their craft. So he has been entrusted by many of the world’s top recording artists, from the reticent Michael Jackson, to the flamboyant Elton John, to ABBA and John Lennon. 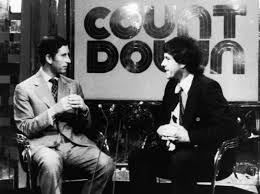 The second piece of knowledge about Molly is that no matter who is a passenger in his car, even if it’s the Madonna herself, one must never, ever join them. Meldrum is a risk taker and in many ways it is utterly amazing that he has attended so many friends’ funerals, but managed, so far, to avoid his own – just. From driving over the median strip of Melbourne’s Eastern Freeway and dropping a ‘u-ey’ at break-everything speed, to jumping on a transfer bus on the tarmac at Heathrow demanding to be taken to his aeroplane because he has to get back to Australia to interview Prince Charles, Meldrum has been there, done that.

He has kept open house where anyone and everyone has visited, from Princess Diana to Lauren Bacall to a mass of music industry stalwarts. Many were directed for meetings from the official ABC offices to Molly’s office, that is, his bedroom or spa. People came to push the next big rock star or a particular single or album knowing that despite, or because of his eccentricities, open-house Molly was largely the gatekeeper of contemporary music in Australia. 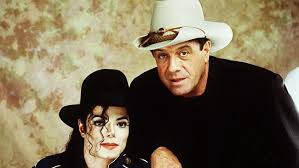 Meldrum was initially asked to run a contemporary music program on the ABC because of the broadcaster’s concern that it catered for ‘beginning of lifers’ and ‘end of lifers’ but no-one in-between. Countdown not only impacted audiences’ attention towards the ABC throughout most of the seventies and eighties, but continued this trajectory with the expansion on radio of Triple J, emerging from the highly respected Double Jay which often reinforced the offerings on Countdown. The shared loyalty for the show and ultimately for the ABC from Meldrum to his producers and manager to participants and those working on the craft of the show’s presentation created a unique and enduring television experience for a massive weekly audience. This phenomenon did much to promote Australian popular music and the artists who appeared on it, from one hit wonders to those who continue to make fine music and new albums today, including Russell Morris, whose breakthrough song, The Real Thing was produced by Meldrum. He continued to influence the scene through his participation in the long running Hey, Hey it’s Saturday, introducing featured local and overseas performers and reviewing the latest releases – his trademark ‘do yourself a favour’ a way of endorsing without ‘selling’ an artist. The Rock and Roll Hall of Fame is littered with the carcasses of those who didn’t know, or didn’t want to know, about ‘too much of a good thing’. Many have died from the aftertaste wrought from the dregs of illicit substances and although Molly loathes the drug culture, he has been known to imbibe in a drink or three. His parties are legendary. He is the first to admit that he has never grown up and says that this is because he never wanted to be ‘staid’. No chance of that, Molly. His is very much a life lived audaciously and he wouldn’t have it any other way. Neither would the Australian music industry and its audiences!