The launch of a new publishing venture to support, promote and interpret Australian art music is a cause for celebration. Composer Brian Howard has established Wildbird to publish both music and books on music, and the first two books in a planned series on Australian Composers have just been released: The Music of Peter Sculthorpe by John Peterson and The Music of Richard Meale by Michael Hannan. These books are timely as both composers, sadly, have recently died. Both were foremost leaders of their generation, highly influential and pivotal to any understanding of the directions musical composition took in Australia in the years from the late 1950s to the recent past. This series aims to provide analytical understanding of their repertoire, style and musical language. Michael Hannan provides the first-ever comprehensive survey of Meale’s work, a serious guide to understanding the music. He brings first-hand knowledge of the music and the era to his analysis. As the first writer to publish a monograph on Sculthorpe’s music and ideas (1982) and as a composer himself, Hannan demonstrates full command of Meale’s musical language and repertoire. This takes on even more value when we consider the dearth and flimsiness of critical review and commentary about this composer. By comparison, the public attention to Sculthorpe in part reflects these composers’ contrasting personalities, reinforced by Meale’s increasing reclusiveness in his later years when he retreated from Adelaide to a rainforest home outside of Mullumbimby. No comprehensive book would have even been possible had not the National Library of Australia persuaded him in 2004, against his instincts, to assemble his personal papers, sketches and musical manuscripts, which Hannan has mined extensively to complete this book. http://nla.gov.au/nla.cat-vn3303752 My extraordinary week spent with Richard in his home (amidst spiders, overgrown forest and creatures of the night) piecing his life’s work back together – his ‘stuff’ chaotically and carelessly shoved into cupboards and corners – is a timely reminder to all composers to keep their work systematically for future research. [Recounted in ‘A Composer’s Legacy’ http://pandora.nla.gov.au/pan/11779/20100707-0013/www.nla.gov.au/pub/gateways/issues/102/story12.html ]

Hannan displays none of the kind of judgement and opinionated views that accompanied Meale’s shift in style from high modernism to a more neo-romantic expressiveness around 1980. Hannan simply seeks to analyse Meale’s style according to the parameters and norms the composer established in each work. Embedded in the analysis are gems from Meale’s own words, some from program notes and others drawn from the precious few public written and oral accounts that he gave of himself.

The book’s value is primarily as a compendium for music teachers, performers and students. It requires a considerable degree of musical literacy and technical knowledge to imbibe the analysis, enriched with copious musical examples, and will certainly inform musical performance. However well produced as a book, in this age of digital humanities that is transforming musicology (http://www.transforming-musicology.org/events/dlfm/), there is something slightly antiquated about the publishing format. Such a book, where the music itself is the subject, would be much livelier as an e-publication, where the musical examples and Richard’s voice could be brought to life in sound, attracting a wider audience. Most readers cannot acquaint themselves with the music without meaningfully hearing it, especially when available recordings and recent performances are pitiably rare. 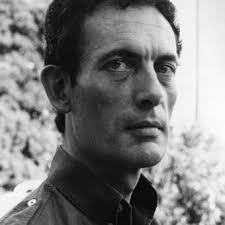 There are some constraints, too, in writing this kind of commissioned publication. Without any space for biographical context, we miss something of the persona of the composer, his motivations, his influences and his thinking. In the case of Meale, the division of the book into genres, while easy for the reader, makes it difficult to sustain any overarching narrative about Meale’s philosophy and musical aesthetic, nor does it consider any wider impact on Australian composition. The music is isolated from its social and cultural context, so that it seems strangely divorced from its milieu: and – until his self-imposed reclusiveness – Meale was definitely a ‘player’ in the politics of Australian music.

Hannan’s astute and insightful introduction, reminiscent of his earlier scholarship on Sculthorpe, provides tempting insights that beg longer explication. Not that Meale would have necessarily minded the entirely analytical focus: he was adamant to the end that his music was what mattered and represented his legacy, nothing more. Yet, in his later life, he was also deeply concerned about music as a form of human expression: thus his obsessive desire to perfect his two masterful operas, Voss and Mer de Glace. What we miss here is the human dimension to the music. Nevertheless the book fills a significant gap in analytical writing about Australian music. It provides a trusted source-book, researched and written with authority, that brings the full range of Meale’s music to the attention of those who will carry it forward into the next generations. 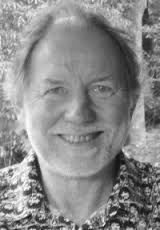