In August this year, the response to news that Peter Sculthorpe had died was swift and heartfelt. The federal Minister for the Arts and the Prime Minister acknowledged the passing of a ‘musical giant’, sentiments echoed by the Opposition Leader and Shadow Minister. Obituaries and reminiscences quickly appeared in both mainstream and social media from colleagues, performers and arts administrators in Australia and beyond, all expressing their grief at the composer’s death and gratitude for his enormous legacy. Time and again, writers stressed Sculthorpe’s great personal charm: he was an inspiring teacher, a generous mentor, and had a huge gift for friendship. A number noted some of the apparent contradictions of the man: the serious party animal who remained essentially solitary; the self-confessed procrastinator who could isolate himself with iron discipline in order to work; the voice of Australia in classical music who remained a monarchist. But mainly, of course, the tributes focused on the music, and how Sculthorpe had, at various times during his long career, eschewed certain techniques and manners in European music; incorporated the melodic shapes of Aboriginal and Japanese music and the rhythms of Bali; forged a musical language that reflected various Australian landscapes and engaged with the modern nation’s past and present. He was, of course, one of a generation that included Richard Meale and Nigel Butterley, two other Australian-born composers who, based largely in Sydney, had their own, different enterprises for modernising Australian music. And we might note that Sculthorpe’s undergraduate years at the University of Melbourne’s Conservatorium brought him into contact with the likes of Keith Humble, Don Banks, George Dreyfus and Felix Werder who all made important contributions to the modernist project.

Of all his generation, it was Sculthorpe who, arguably, found the most individual voice. Music tends to come late to the aesthetic-movement party, so while distinctively Australian painting and literature had discovered their Great Artists in previous decades, in was only in the 1960s Australian music was ready for its own; Sculthorpe stepped effortlessly into the role. He was assiduous at cultivating what the marketing people would today call a ‘brand’. Almost without exception each work contributed to the overarching mythos, such that a work of pure abstraction such as a symphony from Sculthorpe would have been absurd. Each of the string quartets comes with a story, if not a subtitle, and even the lone ‘generic’ work of his maturity, the piano concerto of 1980, derives from a withdrawn Nocturnal, and is suffused with glinting gamelan sounds and the formal gestures of Japanese melody.

As every post-structuralist knows, there is always a certain slippage between signifier and signified. The word irkanda, for instance, which forms the title of several early works of powerful austerity, came in Sculthorpe’s cosmology to mean ‘a remote and lonely place’, rather than the more prosaic ‘scrub country’ to which it alludes in its original North Queensland language; similarly the meaning of a number of works evolved over the composer’s lifetime: Irkanda IV, a breakout piece for the composer, was written in 1961 in the aftermath of his beloved father’s death, but was, Sculthorpe said much later, also written to raise awareness of Aboriginal land-rights. That precise formulation would have been foreign to any Australian before the 1967 referendum, indicating how the verbal expression of Sculthorpe’s sincerely-held views might change over time.

One of the more beautiful, and unexpected, tributes came from the Nigerian American author Teju Cole in The New Yorker. Cole’s piece is striking for a number of reasons. He felt the aptness of Earth Cry, which he heard while driving through the hilly Victorian bush, where Sculthorpe was in his own words evoking if not a desert then ‘a broader landscape’ (though using a version of a Groote Eylandt song to which, in The Song of Tailitnama of 1974, he set a text in the Arrernte language of Central Australia.) Sculthorpe’s life has been well-documented (though one hopes that Graeme Skinner will now be commissioned to write a second volume of his magisterial biography) but reading Cole’s tribute one notes that he stresses the things he didn’t know about Sculthorpe’s life or his music, yet still felt the work’s extraordinary strength.

In short, the music touched a listener quite independently of the ‘story’, so it is extremely timely to have a new analytical study that might illuminate how, in its own terms, the music achieves its powerful effects. John Peterson’s new book is one of two such studies (the other is Michael Hannan’s The Music of Richard Meale) newly and handsomely published by Wildbird Music, on the laudable initiative of distinguished composer Brian Howard. A third, Elliott Gyger’s The Music of Nigel Butterley is eagerly awaited. Peterson’s volume is an important book and part of an important project. 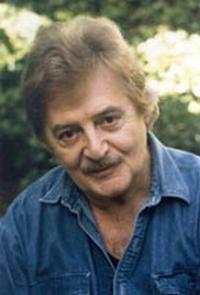 Peterson is ideally placed to undertake such a study, being himself a fine composer and academic (Senior Lecturer at the University of New South Wales’ School of Media and Arts). Most importantly, he was Sculthorpe’s music assistant for some years, so has a finely detailed knowledge of the composer’s method and work. The result of huge dedication and hard work, the book aims, as he explains in his introduction, to be a ‘resource for teachers, students, composers, and performers, as well as music-lovers in general, who might wish to know more about Sculthorpe’s methods for composing particular works’. While Peterson does not discuss everything – the section on orchestral music, for instance, ends with the 1998 Great Sandy Island, so omits later works like In memoriam Port Arthur or My Country Childhood, and I would have been fascinated to know more about Rites of Passage – the scope of the book is vast. Complementing Michael Hannan’s Peter Sculthorpe: His Music and Ideas 1929-1979, Peterson’s will fill the need for such a resource admirably.

I have, nevertheless, some reservations. The book is divided into six chapters, each exploring a genre – music for piano, chamber ensemble (which, perforce, includes anomalous solo works like Irkanda I and the Requiem for cello alone) and string quartet, music for orchestra, without and then with solo instruments, and music for voice. Peterson explains that solo piano music is rare in Sculthorpe, but rightly points out that each work is a ‘representative example of particular developments in compositional technique’ at any given time. Perhaps feeling that these relatively small-scale works offer a template with which to approach the larger ensemble pieces, Peterson lavishes a great deal of attention on them and produces a huge amount of detail. This may well prove daunting for anyone tempted to read the book from cover to cover; it is also inclined to offer a view of the trees at the expense of the wood: for instance a discussion ‘Flowers’, (the final section of Snow, Moon and Flowers) gives us a detailed abstraction of this exquisite work’s pitch manipulations in its component sections. It neglects, however, to draw the conclusion (and under such circumstances, stating the obvious is not necessarily bad) that moving from a semitone-rich set to a ‘black-note’ pentatonic one has a describable effect on the listener’s experience in real time as the harmony stabilises. Wisely, Peterson doesn’t go into quite so much detail in discussing more substantial later works and is, by and large, much more alive to the noise they make. He is especially good at tracing the evolution of Sculthorpe’s orchestral sound.

He is inclined, however, to take the received stories of given works at face value, and occasionally to second-guess the composer’s intentions, which is a shame given the sophistication of his analytical work. (One story he doesn’t retail, however, is that of Irkanda I, where Sculthorpe really does represent the landscape by tracing the topography of the Molonglo Valley onto manuscript.) The prose, though, is not always comfortable, occasionally becoming opaquely technical or slightly windy – dare I say ‘academic’. Certain terms, like ‘style’, can seem to mean any number of things, there is rather too much that is ‘unique’ and/or ‘idiosyncratic’, and several things are ‘inferred’ rather than ‘implied’.

Like J S Bach, Sculthorpe never wasted music, and Peterson negotiates the tangled migration-history of material in the String Quartets and the orchestral Sun Music series admirably. Where one work exists in multiple, still-current incarnations, Peterson notes this and refers us to a discussion elsewhere: in the String Quartet chapter, for instance, when we reach String Quartet No.12 ‘From Ubirr’, we are directed to the ‘parent’ work, Earth Cry for orchestra. On the other hand, I would have liked more cross-referencing, given that most readers will browse rather than read straight through: the discussion of String Quartet No.11 fails to mention that the indigenous melody that features in the second movement also opens the orchestral cantata Child of Australia, though we do get the same information about the melody’s provenance. Similarly there is some doubling up of information regarding Mangrove and Landscape II, and their relation to the (undefined) ‘ritual’ nature of Japanese music, but no explicit link between pieces. I wondered whether under those circumstances, and given that Peterson identifies clearly demarcated periods in Sculthorpe’s work, a chronological, rather than generic, organisation might not have been preferable. Either way, there really ought to be an index, or, absent that, at least a more detailed table of contents.

Such things are easily fixed, and one hopes that the book will soon appear online, in which case the noble institution of the hyperlink will make cross-referencing the work of a moment with a mouse, and perhaps make available audio samples of the music. Because, in addition to this trove of material that Peterson has assembled, his book will make readers want to hear more, and that is probably the greatest tribute anyone could make to our revered, late friend, Peter Sculthorpe.