Featuring performances from the best of Australian jazz – Cameron Undy (acoustic and electric bass), Simon Barker (drums and percussion), Carl Dewhurst (guitars), Matt Keegan (tenor and baritone sax, alto clarinet), Julien Wilson (tenor sax, bass clarinet, clarinet), James Greening (trombone, pocket trumpet, tuba), Phil Slater (trumpet) and vocalists Katie Noonan (on Twelve Stages of Freedom) and Tina Harrod (on Requiem for Belief and Mdu Moonshine) – The Migration has the groove and energy to animate both melodic and harmonic dark and light. Its strength is undoubtedly the inventive and carefully thought out shifts in mood, both within songs and across the whole album. And while the length of the listening experience may at first seem slightly imposing, The Migration is a journey that becomes more rewarding with each encounter. 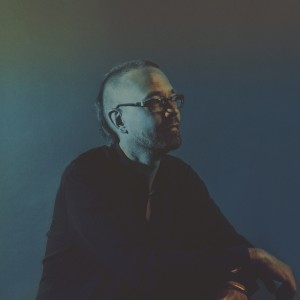 Despite the general impression I get of the sum of this album being greater than its parts, the opening track Dawn Chorus was my favourite. What an opening to an album! (but I guess it makes sense that a great album should have a memorable opening.) Everything that makes The Migration such a strong release is mapped out here: rippling and magnetic space, contrasting sonic characters, funkiness, and melodic beauty. The lyricism of the horn lines is underpinned by a wavering, almost volcanic mass of guitar and keyboard. The entry of Hunter, Undy and Barker is supercharged, and the interplay of the saxophone and guitar that follow is spellbinding. The stop and start of the rhythm section that takes place halfway through the track (combined with the sonic depth of the whole band chord, founded on rattle of the bass clarinet) is spine tingling.

Second track Eagle Fish transforms the energy of the opening into a precise, dark but infectious Afro Beat inspired composition. The key change halfway through lightens the mood, an effect that emphasises the heaviness of the opening seven minutes. Switching back to a darker tonality for the final few minutes opens the way for a wonderfully dexterous bass solo from Undy.

The doubling of Noonan’s voice with clarinet at the beginning of Twelve Stages of Freedom is wonderful, and the singer’s ability to reach up and sing an octave above the main melody lends an otherworldly dimension to this track. Hunter’s chord progression, the repeating right hand piano motif and the voicing of the horn melodies also evoke some of the timeless feeling of Olivier Messiaen’s Turangalila Symphonie, here transformed and condensed into a unique form of driving contemporary jazz. At first I was worried that the ‘cosmic’ character of the compositions almost called for more than the mostly acoustic instruments assembled. But this group of players are able to call forth far more from their instruments than most. Like in Eagle Fish, the change in direction between sections or songs amplifies difference: The lazy vibe that begins the next track Requiem for Belief contrasts with the dark intensity (almost disorientation) of Twelve Stages. A number of shorter pieces, such as the beautifully impressionistic piano and horns of Revelation and the solo piano of Goodnight My Love, offset the intensity of the longer compositions.

Carl Dewhurst’s contribution to this album takes it to the next expressive level. In addition to solos on compositions like Mdu Moonshine and comping on the groovier tracks, his ability to create luminous, shifting clouds of sound (best heard in Showa 44, his duo with Simon Barker) is a feature of several of the most memorable pieces, such as In the River at Dusk. The waves of sound produced by Dewhurst’s electric guitar and Barker’s gongs encase Slater’s muted trumpet, creating a truly hypnotic soundscape in the middle of an album of energy. This piece flows into the disquieting beauty of Hunter’s solo piece Goodnight My Love. Here the triple repetition of the form creates an unhinged atmosphere.

Each piece (or should I say ‘stage’) of Hunter’s The Migration is extremely rich, and the evolution of feeling that occurs with each repeated listening (and across the album) is something that marks how good this album is. The more I listened to these compositions, and the more I thought about them, the better they sounded. Amongst the high quality releases by Australia’s contemporary jazz composers, this album really stands out as an achievement.