Gershwin Take Three? Two previously released CDs of the music of George Gershwin – the top-selling Gershwin and Me (2012) and Gershwin Take Two (2013) are here combined in a double album featuring pianist Simon Tedeschi, who not only seems to have Gershwin’s virtuosic abilities but also a somewhat physical resemblance. Gershwin was very popular during his lifetime and has remained so ever since; his music is still heard everywhere and in many formats differing from the composer’s original. This collection is a delight, from the first piece, the bouncy Rialto Ripples Rag (Gershwin’s first published piano roll) to the dramatic finale of Rhapsody in Blue. We get concert works, well-known tunes from theatre and film in addition to a number of less familiar pieces. Many of the tracks are arrangements of songs inspired by the brilliant lyrics of Ira Gershwin, George’s brother. Ira’s presence never leaves us throughout.

Tedeschi’s improvisations update the Gershwin sound whilst hugely expanding our enjoyment. His captivating versions of “Summertime” and “I Loves You, Porgy” from the opera Porgy and Bess take us on a delightful journey from the 1930s to the present day. “Jazzbo Brown Blues” from the same opera is a syncopated, toe-tapping bit of genius, all too short at less than two minutes. 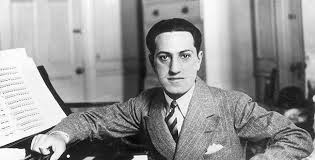 Percy Grainger became interested in Gershwin’s music in the 1940s. He wrote a stunning Fantasy on Porgy and Bess for two pianos (not on this CD set) and glorious arrangements of Love Walked In and The Man I Love which he performed as encores at his recitals. Tedeschi plays them here with great delicacy and panache, as he does with a beautiful, dreamy improvisation by Keith Jarrett of Someone To Watch Over Me.

Bringing a singer into the scene, Tedeschi teams with ARIA award winner Sarah McKenzie in a steamy, sexy rendition of Embraceable You, followed by Let’s Call The Whole Thing Off where the pianist has great fun improvising his accompaniments to the delectable vocals. We get two versions of Nice Work if You Can Get It, one in a wistful, beguiling transcription of a Dave Grusin improvisation, and another with trumpet legend James Morrison which oozes with that suave New York jazz-club sound. They encore in a soulful, nostalgic Prelude.

The genre name ‘prelude’ is used by many classical composers and Gershwin’s famous set of three preludes for piano are generally regarded as his more “serious” classical music. These are rather different from his song arrangements, but still have those unmistakeable Gershwin techniques of spaced chords, jazzy rhythms, bluesy melody and interesting harmonies. They often appear in different guises but Tedeschi plays them as written, although the middle movement especially lends itself to a bit of improvisation. Prelude (Rubato) is another short piece in the same vein, gentle and pensive in mood similar to the Prelude played by Morrison and yet another Prelude (Novelette in Fourths) is light-hearted and jaunty, more in the show-time style. 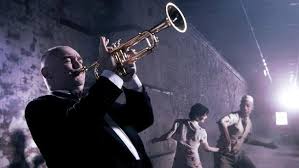 Also in a so-called classical form is Rhapsody in Blue, a piano concerto. That iconic work astonished listeners when they first heard it and it still does. It has been chosen as the spectacular conclusion for both CDs. Tedeschi with the Queensland Symphony Orchestra conducted by Benjamin Northey (recorded live in 2007) on CD1 can be compared with Tedeschi’s solo account on CD2. It is not so easy for a piano to re-create that wailing glissando of the opening bars, nor the exuberant blasts from the brass, however both versions are excellent and performed with great vigour and style. The inspiration and energy of the writing remain as exciting as ever, bursting with life. That’s Ravel at the piano and George Gershwin on the right.

As with Mozart, Schubert, Mendelssohn and others who died young, we can only regret the lack of music that George Gershwin might have written had a brain tumour not claimed him at age 38, at the height of his creative outpouring. This box set makes a superb addition to the total available audio tributes. The ABC teams have done a fine job, with special mention to producer Virginia Read.

Post Script: Composer/broadcaster Andrew Ford wrote an article called George and Ira in Kangaroo Valley about Australia’s very own brilliant and famous duo of Peter Wesley-Smith (words) and his brother Martin, who sets those words in his unique, inimitable style. Access via www.australianmusiccentre.com.au