The Beethoven Obsession. The story of Gerard Willems recording of all Beethoven’s piano works on the Stuart piano Ward recounts the fascinating story of three men, and their project to record the complete Beethoven piano works on the unique Australian made Stuart piano. These three men are Brendan Ward a former TV cameraman from Kingaroy QLD, Wayne Stuart the piano designer and pianist, and Sydney Conservatorium academic Gerard Willems, the Dutch immigrant who had to live in Nissen huts at Scheyville, Northwest Sydney as a child. It’s a very enjoyable even compelling read of a fascinating and inspiring story and very well put together with accounts of the recording project interposed with stories of Beethoven’s life and the circumstances surrounding each work’s creation.

The opening chapter title sets the tone: “Bodgies, widgies and Beethoven”; Ward sets out to weave the strands of separate lives together and of course to justify the whole venture. Needless to say it’s a subjective account that at times veers to excess with some of the opinions in the book stated as fact, but the adventure is an extraordinary one worth telling. 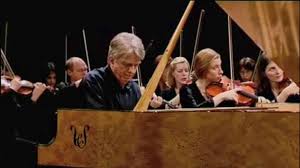 Gerard Willems with a Stuart piano

It describes Stuart’s passion for stripping down and re-building pianos as other Australians would do with old Holdens, Ward’s fascination for Beethoven, recording the complete sonatas, something never done before in Australia, and Willems’ own interesting life in music from his childhood in the Netherlands to his academic position at the Sydney Conservatorium.

There are some great anecdotes ranging from recitals in sleepy Kingaroy in 1957 to Tognetti and Willems performing the Kreutzer Sonata at a Mudgee winery after a barbecue and a concert that didn’t turn out as expected. Willems even performed the Sonata No. 32 opus 111 in Adelaide with Nigel Kellaway in drag screaming obscenities and swinging nude over the piano. Other interesting stories recount Stuart having to defend and explain his piano to a hostile pro-Steinway crowd in Wales shortly before a Piers Lane recital that was finally a success, and the drama of Willems’ concerts in Jerusalem in the midst of Israeli-Palestinian hostilities in 2000. 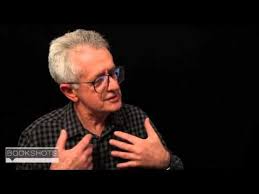 The whole venture was a success in marketing and funding: visiting dignitaries would even receive The Beethoven Complete Sonatas instead of kangaroo embossed cufflinks. Unfortunately the promotion could never quite compete with sport in Australia, especially around Olympics time with one CD launch being omitted from the news in favour of a rugby team climbing the bridge.

On a sad note, by the end of the book Stuart piano production is being wound back, mothballed; the odyssey from the farms and forests of Tasmania where a young Wayne Stuart became obsessed with pianos and their “gizzards” to the success against the odds may be coming to an end. However Willems continues performing, the CDs continue to sell and reach a new public, and the Beethoven obsession continues!

See the Music Reviews section of this website for a review of the recordings.