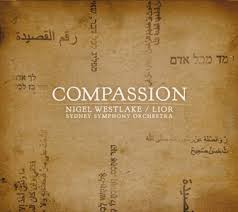 There have been odd times with Nigel Westlake’s works where I have sensed that he has held his ‘soul-laid-bare’ card close to his chest. With Compassion, however, that card is on the table – in spades. Compassion is a series of seven melodies, all but one written with the Israeli-born Melbourne inhabitant Lior, whose body… continue reading »