‘A semblance’, the composer Thomas Reiner tells us in liner notes for this CD, ‘can be unsettling in that things are not what they seem to be, but semblances can also be alluring and appeal to our desires [. . . ]’. Reiner is a scholar and professor as well as a composer, and in this notion of the semblance, he kindly offers a pathway for us to appreciate the manifold pleasures and disturbances of his musical universes.

Reiner has a great ear for instrumental and vocal sonorities and also for lines, structures and (for want of better terms) styles and genres. This CD, an anthology of recent works, is a splendid introduction to Reiner’s music for chamber ensembles and solo instruments. The relative transparency of these textures allows us to gain some deep insight into his creative thinking and his musical language. Dust (2013), for soprano, flute and piano, is a very beautiful setting of a poem by Richard Dauenhauer performed here by the superb ensemble of Jessica Aszodi, Kim Tan and Peter Dumsday. The soprano enters after a magical opening section for flute and piano, which makes cleverly expressive use of microtones in a captivating dialogue. The way in which this introduction sets the scene, musically speaking, for the soprano makes the moment of the voice entry one of the finest, best calibrated moments I have heard for a long time in a new work. This work has been so intelligently composed, yet wears learning lightly. Reiner manages here to produce a piece that is true to the text, to its musical materials, to the capabilities of the ensemble, and is, above all alluring for the ear. The later part of Dust is absorbed by gently minimalist, repetitive figures and ostinati—in lesser hands this would seem a creative dead-end, but here it works as genuinely expressive stylistic material.

Forlorn, a piece for a solo flugelhorn with quarter-tone valve, is performed here by the trumpet virtuoso Tristram Williams. It is an odd but interesting piece, which ranges expressively from the sublime to the amusing. Rather more successful, as a sustained piece of solo composition, is Spontaneity of Thought (2011) for alto flute (Peter Sheridan); a very fine piece indeed.

Semblance of Innocence in a Ruptured Dwelling (2010), with its tonal harmonies and shameless tunefulness, is a work I find strangely moving in spite of myself. These materials, and the violent interruption in the middle of the work, seem like cheap tricks but that I think is the point. In a program note for this piece, Reiner has written ‘innocence can only be a semblance of itself: something we cherish as a memory [. . . ]’. I am left with the sense that the composer has rather skilfully played with my thoughts and emotions at a deeper level than mere tricks of music style, instead using these as part of the magic. A rare and interesting experience. 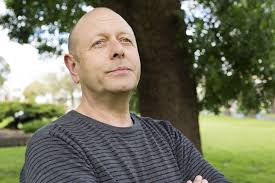 There is much that I find interesting in all the works presented on this CD, and one aspect that I will single out for attention here is this: Reiner’s use of repetition. This can operate at several levels, and at a structural level we hear repetitions of material as part of the effective architecture of several of these works, like recapitulations in the classical sense but rather more organic. On a micro-level, there is the direct repetition of motivic material and layered ostinati which give rise at different times in many of these pieces to a consciously referenced, minimalist style. I hear echoes of Steve Reich, of Michael Nyman, and closer to home, of Nigel Westlake and Ross Edwards (in the ‘Intermezzo’ for two guitars from Geister, for example). Yet the music never sounds quite like any of those composers in truth—there is some underlying structural sense that seems to be entirely Reiner’s, enabling him to layer such stylistic references and fold them into his own language. (An example of similar stylistic referencing is found in the Germanic romanticism of some material in the vocal sections of Geister (2011), a setting of excerpts from Goethe’s Faust.) These ‘semblances’, it seems to me are not just glib post-modern clichés, but rather a vital part of Reiner’s work, even at a structural level.

A few months ago I was chatting with an eminent musicologist who wondered curiously who the next ‘great Australian composer’ might be after the passing of Sculthorpe, based on the premise that Australia has room for only one at a time. I answered that perhaps younger composers are not so interested in that old kind of self-inflating greatness and are busy doing other things. If those other things involve to some extent the characteristics we find in Reiner’s work, of intelligent exploration of music thinking, of theoretical knowledge carried lightly, of thoughtful humanity and generous engagement, then Australia’s musical future will be in good hands.