Melbourne-based singer/songwriter Lior’s latest album, Scattered Reflections, is at its best when it explores human fragility and this is particularly potent when referencing those with whom he is the closest. The simple, unadorned lullaby, My Grandfather is a biographical song of the relationship between the two men. Watch the video at Lior’s website and I defy you, dear reader, to emerge with a dry eye. Lior is a master at combining the simple with the complex, mundanity with philosophical wisdom and human emotion with contextual allegory. He is a fastidious acoustic guitarist in the most beautiful sense of the word and has a voice which soars across three octaves. He knows precisely how to use both to the greatest effect and surrounds himself with fine musicians to further enhance his own musical blessings.

A Lift in the Morning Fog is one of the loveliest songs on this album. It pays homage to a reality unencumbered by dreams of the impossible, or a grass greener. It focusses instead on the need to embrace, rather than take for granted the gifts of a chosen life path, even if they are sometimes ravaged and re-shaped by experience. Lior often starts his songs simply, just his voice and guitar, gradually adding subtle colour and this song is no exception, with fine piano playing from Luke Howard, guitar from his song-writing compatriot Cameron Deyell, Brett Hirst on bass, and Clare Miller, Rebecca Adler, Merewyn Brumble and Richard Tobin on strings. Lior has eclectic tastes in music and many of those he collaborates with work in the fields of jazz and classical music in addition to contemporary genres. 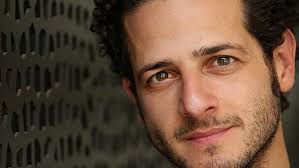 Deyell has contributed to a number of songs, of note, the opening, Soon and the following I Remember Me. There are strong late-Beatles influences in these creations, understandable given that Cameron and Lior spent time in India and beyond writing parts of this album. (You can also hear these connections on Deyell’s solo venture as Totara Jack.) The timbre of the guitar, the percussive sounds, echo, modulations and micro-pitch increments on these tracks are reminiscent of the mind-bending sixties and seventies, back to haunt us through a number of contemporary Australian bands at the moment. Even macramé has returned!

It is perhaps not surprising then that James Taylor has spent quite some time on Lior’s turntable as he has grown up. As one who also has great admiration for the tonal quality of Taylor’s voice and his insightfulness into the human condition, I really like Lior’s Days to Remember which similarly employs his superb vocal technique and explores the elementary pleasure of good days.

Learn to Live with producer Lachlan Carrick, also a credited writer on this track, is another song that starts with a simple and positive guitar riff, but lyrically tackles the grief Deyell feels in having prematurely lost his mother, though it is Lior singing. Again Deyell and Lior combine on guitar and Howard on piano with Hirst on bass to create a nurturing warmth, the song concluding that life must continue and is continued through future generations. We thank the Gods that there is also music!

Lior’s songs are like loyal companions. They speak the unspoken and the “should be spoken more often” and they fill and warm empty soul holes through their honest delving into the nitty-gritty and grace of life. There are some very special moments on this album.

VIEW: Lior’s web page is a stunner. Explore it all! lior.com.au.

Natasha Pincus videos of Lior’s I’ll Forget You and a documentary of its conceptualisation, plus Heal Me. http://www.starkravingproductions.com.au/music_videos.html