This analytical study of the music of British-Australian composer, Roger Smalley (b. 1943), covers 25 works written between 1961 and 1996. From his English vantage point, the author, Christopher Mark, acknowledges that Smalley’s work is not well-known and hopes that the book will stimulate interest in a body of music that he believes “to be among the most coherent and engaging of the latter part of the twentieth century”.

As part of his research, Mark conducted one interview with Smalley and includes a transcription of it (with numbered lines) as the first chapter of the book. The numbering allows for a convenient way to reference quotes from the composer in the ensuing chapters. Mark also draws extensively from Smalley’s writings about his own music and those of his contemporaries.  Notably, the interview charts Smalley’s career development and his main influences, particularly Peter Maxwell Davies and Karlheinz Stockhausen. An account of Smalley’s ensemble, Intermodulation, formed in the early 1970s with musicians at Cambridge University, is cautionary as none of the works Smalley wrote for it have ever been performed again due to requirements, that were particular to the group members. 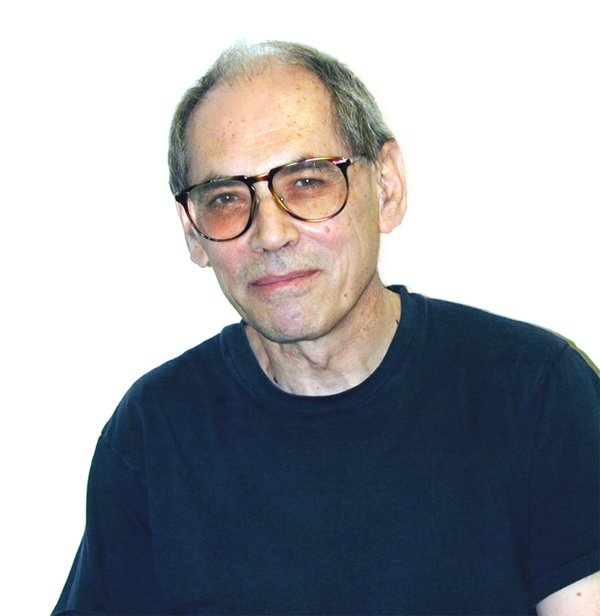 Chapter 2 charts Smalley’s early engagement with serial principles with most of the space given up to three of the Piano Pieces I-V (1965). Mark illustrates the ideas behinds these pieces with a good selection of musical examples and pre-compositional materials, pointing to the composer’s characteristic “dialogue between the strict and the free”.

Smalley’s derivation of motivic materials from early music is considered in Chapter 3 with a focus on the analysis of Missa Brevis (1966). In addition, his use of “Moment Form” and its improvisational aspects is historically contextualised in a discussion of works including The Song of the Highest Tower (1967-68), Pulses (1969) and Strata (1970-71). We see also examples of Smalley’s development of 12-tone chords (rather than rows) to generate the pitch material of his works and the Fibonacci series to derive sets of durations.

In 1976 Smalley migrated to Perth to take up an academic position at the University of Western Australia. Mark introduces Chapter 4 with a discussion about Smalley’s adoption of the “sonic markers of ‘Australian-ness'”, but the first work dealt with in detail is the decidedly un-Australian Accord for two pianos (1974-75) which was begun in Perth while Smalley was an artist-in-residence at UWA in 1974 and completed on this return to England in 1975. Nonetheless, Smalley had dipped his toes into Australian musical culture on this first visit by writing an electronic piece that processed a didgeridoo recording from Mornington Island. Other overtly-themed Australian works considered here are the colonial story of William Derrincourt (1979) and the Bicentenary commission extravaganza, The Southland (1988), both works, at least in their programmatic design, that have populist intentions. Smalley indicates in the Chapter 1 interview that he was able to write these kinds of works because in Australia he didn’t have “a bunch of London critics peering over [his] shoulder ready to make rude comments about a piece that was neo-romantic”.

In discussing William Derrincourt, Mark outlines Smalley’s use of “intervals that increase in size by a semitone” either in a “linear” way (eg F, F sharp, G sharp, B, D sharp, G sharp, D, A, F, D, C, B) or in a “wedge” shape (e.g. F, F sharp, E, G, E flat, A flat, D, A, C sharp, B flat, C, B). Mark relates the first type to Lendvai’s “axis” theory of tonality, and surprisingly its component notes form the octatonic scale which is riddled with tritone axes. The second type generates an all-interval 12-tone row. These two types of interval formation are skilfully tracked by Mark through many of Smalley’s subsequent works. Understandably, Mark gives the most attention in this chapter to Smalley’s impressive Concerto for piano and orchestra (1984-85), a work which achieved first place in the UNESCO International Rostrum of Composers in 1987.

Devoting the most space to the works he considers most deserving and interesting, Mark’s analyses are detailed and insightful. The theory is sometime complex, but never descends into arcane modernist terminology or unfathomable mathematical tables. Mark has a good knack for contextualising Smalley’s efforts. For example, in his discussion of Symphony (1979-81), he interrogates the whole notion of the modernist symphony and compares Smalley’s work with Maxwell Davies’ Symphony No 1 (1973-76). Although he is clearly an admirer of Smalley’s music, Mark is not shy about being critical where appropriate, for instance in describing some “miscalculations” in the orchestration of the Symphony.