Prayer for Peace: Sacred Choral Music in the Modern Age Cantillation performs this fine selection of unaccompanied modern choral works under the baton of its founder, Anthony Walker, with one piece (Lauridsen’s O Magnum Mysterium) conducted by Brett Weymark. The members of Cantillation are all professional singers and it has firmly established itself since 2001 as a leading Australian choir, with nine ABC Classics discs to its name already. This one is a welcome addition, having general appeal because of the sheer quality both of the works and the singing. It would be a useful resource for choral conductors seeking modern works to expand their repertoire.

Natalie Shea’s comprehensive CD notes explain that the title derives from the contemplative and spiritual nature of the pieces. There is, however, sufficient variety to hold one’s interest and I have listened to it repeatedly with great enjoyment. Personally I am grateful to discover the Scottish composer, James MacMillan(b.1959) whose stunning Christus vincit (1994) is both dramatic and delicate, and also a Swiss composer, Carl Rűtti (b.1949), represented here by his Nunc dimittis from 1992, with Paul McMahon as tenor solo. It is a wonderful example of a composition which brings new ideas to established English choral traditions. 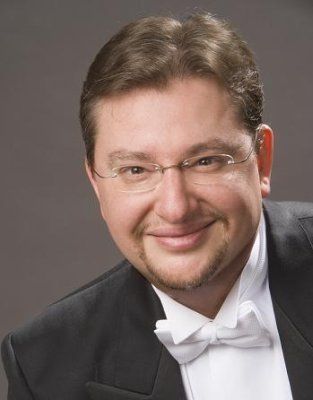 Cantillation’s warm blended sound is immediately apparent in the first track: Samuel Barber’s Agnus Dei, which is a choral setting of his renowned Adagio for Strings. The extended arching phrases are beautiful and very affecting. Then John Tavener’s Song for Athene shows Cantillation’s mastery of difficult music as does their marvellous rendition of Messiaen’s O Sacrum convivium (1937) with its lush harmonies (undoubtedly fiendish to sing). It is awe-inspiring in its effect.

Overall I felt critical of two things: intonation problems, especially flattening in the sopranos, in Lauridsen’s O Magnum mysterium (the least successful performance on the disc), flattening from the soprano soloist in her stratospheric descending passages in the Macmillan, and a lack of clarity in the English text of the superb work of Arvo Pärt: The Woman with the Alabaster Box. This is annoying in such a dramatic passage (St Matthew’s gospel 26:6-13). It is very powerful music and soon became a favourite track for me. Nor could I easily pick up the text of the William Harris’ 1959 piece: Bring us, O Lord God (poetry of John Donne), but this did not mar my enjoyment of this masterful work which is firmly based in 19thcentury Anglican choral tradition.

The other pieces were Herbert Howells’ ‘Requiem aeternam’, the third movement of his Requiem, Frank Martin’s ‘Agnus Dei’ from his Mass, and two movements from All-Night Vigil (commonly called  Vespers) by Rachmaninoff. The disc concludes appropriately with the Amen Opus.34. by Gorecki.

I can strongly recommend this disc. It is choral singing of a high order and every one of the 12 pieces chosen has earned its place in the modern choral repertory.