This impressive box set of the ABC’s recordings of Peter Sculthorpe was released shortly after his death in August 2014. On opening the box the first thing one notices is the thick booklet, which runs to 88 pages and is a very fine guide to the works presented. Graeme Skinner’s commentary skilfully blends biographical information, cultural background and his own analytical insights and critical responses as well as those of others.

Although the word “orchestral” is not mentioned in the title of the release, the focus of the collection is primarily on works for full orchestra or string orchestra, including works with soloist(s). There are a few exceptions to this: CD 10 is devoted to Sculthorpe’s Requiem for SATB chorus, didjeridu and orchestra and CD 5 includes The Song of Tailitnama for high voice, six cellos and percussion. The DVD is also unrelated to the orchestral theme, being a live video recording of sections of nine of Sculthorpe’s eighteen string quartets, performed by the Goldner String Quartet. For these performances, the composer is on stage with the group and provides introductions to each quartet performance. The DVD is also available as a separate release; and, as this product was reviewed by Mandy Stefanakis for the May 1, 2015 edition of The Music Trust review pages, I will not be saying much about it here. Suffice to say that the performances by the Goldner are excellent and the commentary by Sculthorpe “explores his life and work as seen through the quartets” and also provides insight into the special bond between the composer and these performers. I propose in Part 1 of my two-part review to focus on the works up to 1979. Irkanda IV for solo violin strings and percussion (1961) is the earliest work of the collection, represented here in three versions: the MSO conducted by John Hopkins with Leonard Dommett (violin), the SSO conducted by Stuart Challender with Donald Hazelwood (violin) and the ACO with Richard Tognetti (violin and director). Irkanda IV still rates for me as one of Sculthorpe’s most brilliant works. Written in memory of the composer’s father, it is highly expressive of the composer’s grief yet it has an appealing rhapsodic quality with many different sections of contrasting texture. All these performances are very good, although the earliest (MSO) recording suffers from being mastered from deteriorating vinyl. For me the piece is more suited to the larger MSO and SSO orchestras and Hazelwood is the pick of the soloists. 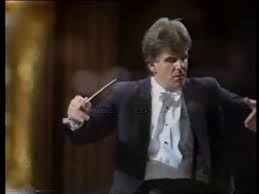 An arrangement of Irkanda IV without violin solo also appears as a movement of The Fifth Continent for speaker, small orchestra didjeridu and wind sounds (1963), a work (using texts from D.H. Lawence’s novel, Kangaroo) that Sculthorpe assembled as the ABC’s 1963 entry for the Italia Prize for radiophonic music. I use the word assembled because all the music apart from the static backgrounds for the text reading had been previously composed. On this recording made by the TSO in 1997 we are treated to a performance by the composer himself reading the Lawrence text.

The Sun Music series of orchestral works written in the mid 1960s brought Sculthorpe to public prominence. Sun Music I (1965) now appears the most compelling of the four works although Sun Music III (1967) which introduced Balinese musical ideas is probably the most important in the development of the Sculthorpe’s idiom because of its borrowed melodies and static ostinato-based textures. Sculthorpe based Sun Music IV (1967) on material he developed for his String Quartet No. 7, but the latter (which is played in its entirety on the DVD) seems much tighter structurally than the orchestral work.

It is difficult to compare the two sets of recordings as the MSO Hopkins recordings are from the same problematic vinyl source as the recording of Irkanda IV discussed above. But even making allowance, the ASO recordings directed by David Porcelijn seem more dramatic, more crisply articulated and with more effective dynamic contrasts.

Music for Japan for orchestra (1970) was originally written for the Australian Youth Orchestra for its tour of EXPO 70 in Japan. The work is essentially in the same mould of Sun Music I, II and IV, focusing on sound textures rather than melodic ideas. There are, for example, held dissonant chords, indeterminate chordal and other textures, chordal clusters and rapid drumming sections. For this 1996 recording by the SSO conducted by Edo de Waart, Sculthorpe has added a didjeridu part played by Mark Atkins. This is a move that Sculthorpe has made with a number of his already existing works as well as including didjeridu in newly created works such as the Requiem and some of his string quartets. With the already existing works the practice seems to me unusual for a composer who has been so particular about the structuring of his works. However, although I have some reservations about Sculthorpe’s adding a didjeridu to works such as Mangrove (1979) and Kakadu (1988), it seems to work quite well with Music for Japan. In particular the didjeridu adds a grounding tone and interesting sonic detail to the rather amorphous swirling mélange of changing chords of the opening and ending of the work. Mark Atkins’ virtuosic intro, cadenza and outro are also effective additions. Also on this SSO recording is The Song of Tailitnama for high voice, six cellos and percussion (1974). Sculthorpe’s use of aboriginal song melody in his music can be traced to this work. Oddly enough the composer adapted a Groote Eylandt “tumbling strain” melody and combined it with a central Australian Aranda text for this piece. Despite these indigenous sources the work sounds very influenced by Asian music. The melodies sound Japanese because of the interval changes Sculthorpe has made to the Aboriginal melody; and the accompaniment to the fast sections owes a lot to the Balinese rice- pounding music which Sculthorpe developed in his String Quartet No. 8 (This “rice- pounding” section is featured on the DVD).

The Song of Tailitnama is one of Sculthorpe’s most moving and uplifting compositions and this performance of it is outstanding.

Port Essington for string trio and string orchestra (1977) is a work constructed from the film score of Essington (Pringle, 1974). The cues for this film were basically a set of variations on the melody of an aboriginal song, “Djilili” (whistling duck), the field recording of which was used as source music in the film. For Port Essington, Sculthorpe assembled and arranged these cues to enact the central drama of the story of the failed 19th Century Port Essington settlement, the rather banal string trio music representing the British military establishment and the orchestra, the threatening bush. Port Essington was commissioned for the newly-formed Australian Chamber Orchestra which made it, though decades of performances, into one of Sculthorpe’s most popular pieces. The ACO’s performance on this recording is exemplary. Mangrove for orchestra (1979) is another of the works to which Sculthorpe added a didjeridu part in the 1990s. At that time Sculthorpe said that “the didjeridu is implied in all my works”. This is perhaps because his music has from the mid-1950s commonly used static harmonic frameworks, pedal notes and drones. In this compilation we have recordings of Mangrove without didjeridu (SSO conducted by Stuart Challender) and with didjeridu (QSO conducted by Michael Christie), so listeners will be able to decide for themselves which version is more effective. Rather than using Aboriginal sources, Mangrove draws on a melody from saibara (a vocal form of the Japanese court music, gagaku). Long sections using this material are surrounded by ideas reminiscent of Sun Music sound textures including bird song choruses, chordal clusters and rapid drumming.

For the version with didjeridu performed by William Barton, strategies similar to those of Music for Japan are used, including the interpolation of a cadenza and the playing of drones under some of the original sections. Although William Barton’s cadenza is a tour de force of didjeridu viruosity, to my ears the didjeridu fundamental is not quite in tune with the saibara melody sections and thus detracts from them. In addition I consider the structural integrity of the work is skewed by the intrusion of the cadenza.

Part 2 of my review will appear in the July 1 edition of The Music Trust music reviews and will consider recordings of Sculthorpe’s orchestral works composed between 1980 and 2000 as well as his Requiem (2004).