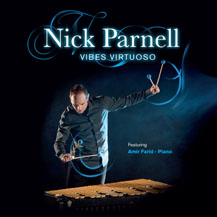 Absolutely, as long as the multi-mallet wielder and arranger is Nick Parnell and his partner in percussion is Amir Farid.

Gene Kelly dances on the walls of your listening room to Gershwin’s nimble American in Paris; then back to the past for a new look at Handel’s Arrival of the Queen of Sheba, all bustle and glitter.

Latin-American flavours are mother’s milk to the vibraphone palate – tangos from Albeniz and Tarrega, Ravel’s spicey Alborada del gracioso, cool, detached Gymnopédies 2 and 3 by Erik Satie, all at ease with the transition.

Less enthusiasm (from me) for pieces that really demand legato for their full impact, but admiration for the skill and good taste of Parnell’s arrangements (he does all his own) of movements from violin sonatas by Bach and Debussy’s piano-dreaming Rêverie. No qualms, though, about the duo’s languorous lullaby Summertime. 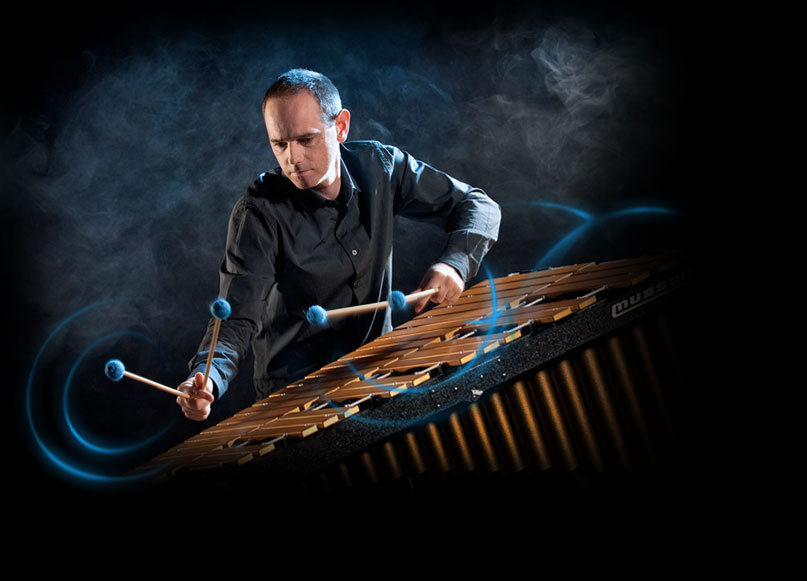 Dazzle time again for Paganini’s Caprice no 24, a cheeky theme with eleven variations ranging from virtuosic to lyrical, translated from the original violin to the vibraphone, adding a level of pinging clarity that did no harm.

This tour de force was their grand finale in a live concert in the Space at Adelaide’s festival Theatre last May, and left his audience gasping with admiration for their skill. Because of the sight of those four mallets flying up and down the keyboard, and the dexterity of Parnell’s manipulation, I was a little twitchy that minus the spectacle, the performance would not be enough to tickle my fancy.

Relax. It did, and surely will for anyone with a smidgin of imagination and a bit of idiophone experience.

On the disc, the duo wind up with Monti’s Czardas. Grandiose piano chords, sleazy, steamy patches – Parnell gets close to a lingering legato ¬– swoony gives way to racey and it all ends with a helter-skelter game of catch-me-if-you-can.

All praise, too for Chapel Lane Studios and the recording team, led by Producer Kevin Roper.