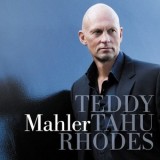 The five Rückert Lieder composed by Gustav Mahler(1860-1911) from 1901-2, stand as individual songs, rather than as a cycle, and the order of performance varies. Mahler chose poems by Friedrich Rückert (1788-1866) because he wanted to express man’s inner psychological states as truthfully as possible. He said to Anton von Webern at the time:  “After Des Knaben Wunderhorn, all I could do was Rückert – it’s first-hand lyric poetry, everything else is secondhand lyric poetry”.. These songs show Mahler’s increasing inventiveness in orchestration and his ability to heighten the emotion in the verses. How beautifully Rückert expresses both the soul’s despair and loneliness in “Um Mitternacht” (“At Midnight”), or in “Ich bin der Welt abhanden gekommen” (“ I am become lost to the World”) – of which Mahler said ” This is truly me”, perhaps because it reflected his own desire to escape the hurly-burly of the world – as well as the uplifting joy of love in “Ich atmet’ einen linden Duft” (“I breathed a gentle fragrance!”) and ‘Liebst du um Schönheit” ( “If your love is for beauty”). In ”Blicke mir nicht in die lieder!”( Don’t look inside my songs!”) he describes perfectly that shrinking fear felt by any sensitive artist when someone wants to see their work before it is completely polished and ready for the harsh light of day! With the Kindertotenlieder (Songs on the Death of Children) (1901-4), Mahler again chose poetry of Rückert who had suffered a terrible loss – two of his children, aged 3 and 5, died in the same year (1883). Rückert poured out his grief in 429 intensely private poems that were never intended for publication. Mahler carefully chose five of them to form an extraordinary cycle which was unlike anything previously composed and was to influence composers like Berg, Shostakovich, Bartok , Weill and Britten with its fearless presentation of psychological suffering. The great love Rückert bore for his children underlies every word and they are deeply moving in their complete honesty. Mahler certainly broke new ground in his choice of texts in that period of moral decay in the Austrian empire, and few song cycles pack the emotional punch that this one brings when well sung.

So when a renowned singer, still in his prime, namely the New Zealand – born bass-baritone, TeddyTahu Rhodes, records a disc of these extraordinary songs, one naturally listens with great interest! They require a formidable technique with the ability to lighten the voice to the finest pianissimo up into the high range, an exquisite sense of phrasing and very importantly, the ability to attune to their tenderness and intimacy. Their inward-looking nature demands a style of singing not usually required on the operatic stage where Rhodes has won many awards for his characterisations, such as Don Giovanni, Billy Budd and Patrick (Dead Man Walking). I wondered if he could then hone his large instrument sufficiently to tackle these intimate works which would demand such a different approach. In the Rückert Lieder the delicacy of the orchestration and the polyphonic writing demands an acute awareness of balance on the conductor’s part, so that the different instrumental lines are highlighted and the interplay between voice and orchestra is beautifully sculpted. This partnership between Letonja, the TSO and Rhodes simply does not achieve the clarity and depth of expression these works have at core. The phrasing is not flexible and sensitive enough, and overall the sound is too thick in texture. I felt often the strings were too dominant. The text inspires Mahler’s choice of instrumentation and the structure of the songs but there is not enough attention paid to it. Rhodes does not colour his voice to savour every word so we feel that he is singing from the depths of his soul. These songs have the capacity to move one deeply but this performance did not have that effect on me – disappointingly. I missed all those wonderful nuances that I had grown accustomed to from recordings like those of Fischer-Dieskau/Karl Böhm (1963) and Thomas Hampson /Bernstein (1991) or Janet Baker and Sir John Barbirolli and the New Philharmonia Orchestra (1969). Rhodes’ voice is splendid and sonorous but he could and must, go so much further from the point of view of expression!

However it was interesting that the collaboration with pianist Sharolyn Kimmorley, who accompanies the selection of four of Das Knaben Wunderhorn lieder -“Ich ging mit Lust durch einem grunen Wald (“I went joyfully through the green wood’), “Aus! Aus! (‘Out! Out!”),”Nicht wiedersehen!”(”Never to see you again!”), and “Winterlied” (“Winter Song”), as well as the Kindertotenlieder, is far more successful and makes for good listening. Kimmorley and Rhodes have worked together for long enough to have a wonderful rapport and Kimmorley’s playing is of the highest calibre. Rhodes sings the 4 songs from Des Knaben Wunderhorn with ease and assurance and draws on his natural showmanship (where desirable) to good effect. These songs predated the Rückert Lieder and follow in the tradition of Schubert and Brahms by being mainly narrative or descriptive and not particularly inward-looking. 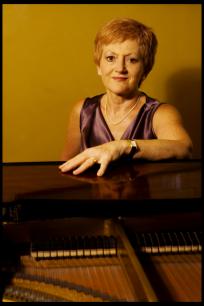 Kimmorley and Rhodes give a very satisfying interpretation of the Kindertotenlieder, which was recorded for this disc nearly a year after the Rückert Lieder. Mahler composed his songs first with piano accompaniment before scoring them for orchestra but he made it clear that he always intended the Kindertotenlieder to be performed with a chamber orchestra. It is interesting to hear the bones of the piece this way, as one is made acutely aware of its contrapuntal nature. Mahler had developed a keen interest in Bach’s music by this stage. But without the instruments it seems so drained of colour, though the texts are still profoundly moving. This partnership works so well – Kimmorley’s phrasing is superb and nuanced, and Teddy Tahu Rhodes responds and sings with much more feeling than in the Rückert Lieder. The piano version has of its very nature an intimacy that the orchestrated version tends to lose.

One can only hope that Rhodes will have an opportunity to do this cycle with orchestra at some stage and have it recorded, as clearly he has already matured as an interpreter of Mahler’s wonderful songs.