Mahler, Symphony No 2 in C minor ‘Resurrection’ – performances by the Melbourne Symphony Orchestra and the Sydney Symphony What was, with the exception of the eighth symphony (the ‘Symphony of a Thousand), his most popular symphony during Mahler’s own lifetime is the subject of these two recordings. Both are live (although with well-behaved audiences!), the Melbourne Symphony Orchestra’s dating from 2004 and Sydney Symphony’s from 2012. The rather vexed history of the second symphony still tells to the astute listener. The work actually began as just its first movement, which was to be a completely independent and self-contained symphonic poem called Totenfeier. The second and third movements followed some five years later. Mahler seems to have decided to include a choral finale, but agonised over the choice of text as well as knowing that taking on the precedent left by Beethoven would invite invidious comparison. The finale, finished a year after the second and third movements and a very substantial work in its own right, must have proven insufficient once completed — indeed, it betrays the same lack of organic unity that marks the finale tacked onto Liszt’s Faust symphony three years after the original version had been completed. Mahler ended up bridging the gap between the third movement and the finale with a song setting in his most touching lyrical vein. Mahler clearly felt the strain of bracketing this gargantuan conception under the single title “symphony” as though it were a unitary work, devising a programme for it — later disowned.

From a listener’s perspective and notwithstanding its own largish  proportions, the structure of the sonata form-ish organisation of the first movement still reads as an important concern. More simply organised are the second movement — a Ländler — and the third movement — a scherzo. The fragmentary nature of the first half of the finale settles once Mahler has text to deal with in the second half. Mahler always reacts best as a composer when there is text to deal with, and the last-added Urlicht does indeed form a critical transition to the finale. It is without question the epicentre of the entire symphony. Mahler’s compositional method in this symphony and elsewhere is a bit like the evening salon scene in Robert Altmann’s Gosford Park: we get the general drift of the event itself, and hear bits and pieces of conversation coming into and out of view. 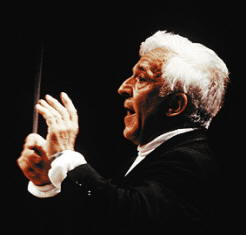 The responsibility of the conductor and of every individual orchestral player in a work like this is, of course, to keep some kind of eye on the “big picture”, but more importantly allow individual moments to come into focus when the camera swings their way. I think there is very little question that the Sydney Symphony under Vladimir Ashkenazy really get this aspect of Mahler’s craft. Everyone seems to share a vision about the playing-out of the long-range paragraphs: once a movement gets going, its syntax seems inevitable. Agreement having been reached about that, everyone gets down to fine detail — the moments of tight camera focus. New details seem to present themselves throughout the recording, enhanced by superb engineering: the sudden close-up on the harp, differing combinations of woodwinds, the exact nuance of string gestures such as that which opens the symphony. In sum, Ashkenazy understands that Mahler’s massiveness, even bombast, is often made up of the simultaneous playing of chamber ensembles.

The Melbourne Symphony recording is a different beast altogether, somehow unsynthesised and painted in brush strokes that are strangely too large even for Mahler. The example of the central Urlicht says everything. Sydney’s performance moves from the tragic solemnity of the brass chorale opening through the Fiedel music, foreshadowing the Fourth Symphony, with poise, guided by the magisterial and committed singing of Michelle DeYoung; the final movement then breaks shatteringly on the listener. Melbourne’s brass are ragged and, as a result, the Fiedel music seems unremarkable; Bernadette Cullen’s singing, while evidently engaged, is marred by poor pronunciation. The absence of inward-focussed intensity then disturbs the balance of Urlicht with regard to the finale, and it is precisely in such moments that the overall momentum of a Mahler symphony is generated.

At least one previous instalment of a cycle of Mahler symphonies performed by the Sydney Symphony has attracted a favourable review[JW1] [1]: readers and listeners are well advised to keep a watch out for more.