Trending
You are at:Home»Reviews»Music Recording»Classical»Transformation: Music for Percussion, Piano and Electronics. Works by Roger Smalley

“Performers Adam Pinto, Paul Tanner, and Chris Tonkin have dedicated this meticulously recorded CD to the composer of all the pieces, Roger Smalley (1943-2015), their ‘teacher, mentor and friend’.”

It consists of only five pieces covering the period 1968 to 2007, two composed in England, two in Perth after Smalley’s move to Australia in 1976, and one upon his move to Sydney from Perth in 2007. Monody for piano with live electronic modulation (1971-72) is a monophonic exploration of seven different tones of the harmonic series. Basically it is set of variations on these tones using different pitch and rhythmic patterns. The electronic modulation changes the timbre of the piano and also the pitches that can be heard. Often the note produced on the piano results in two distinct pitches, and thus the single-line performance results in parallel intervals. A feature of this work is that the pianist is also asked to perform a percussion part (4 drums and four triangles) in certain sections. Although the piece sits squarely in the music modernism tradition, often the melodic lines sound like funky riffs.  Adam Pinto interprets the work with impressive rhythmic precision, ably assisted by modulator, Chris Tonkin. Music for an Imaginary Ballet for solo percussion (1993) was premiered by percussionist Paul Tanner. It has an interesting structure based on three “scenes” with respectively 3, 4, and 5, sections. The first two sections of each scene use brake drums/china cymbals and toms toms respectively and all the other sections (called dances) use different instruments or instrument combinations focused on pitched percussion such as marimba, vibraphone, glockenspiel and crotales. Apart from the variety of instrumentation there is also a wide range of textural approaches. The negotiation of the tricky multi-instrument combinations is handled with finesse by Paul Tanner.

For Transformations for piano and live music modulations (1968-69, revised 1971), pianist Adam Pinto and electronic modulator Chris Tonkin had to reconstruct the score directions for the modulation component by consulting composition sketches and historical recordings of the work. The modulation techniques in this work are far more diverse than those of Monody. The musical language is also much more modernistically flamboyant and dissonant than the earlier work. Although the piano sounds are always foregrounded, the electronic manipulations provide many fascinating timbral embellishments to the piano scoring. Pinto and Tonkin intrepret the work with both flair and sonic sensitivity. 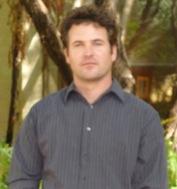 Paul Tanner plays all four parts on Ceremony I for percussion quartet (1987). A feature of the work is its use of one or two different percussion instruments in each of its six movements. The first uses only claves, beginning with sparse patterns that build increasingly into a frenzied interplay. The second features cuicas (friction drums) and whistles, again becoming more active as it progresses. The third employs snare drum patterns and drum sticks hit together in alternating sections. The fourth is a four-part canon of jangling tam tam sonorities. The fifth uses bongos, beginning somewhat unmetrically but building to a strong homorhythmic finish. The sixth is a surprise because it involves four instruments (bass drum, vibraphone, crotales and cymbals) and is the only movement using tuned percussion. The flourishes of the crotales and vibraphone bring the work to a joyous conclusion. Paul Tanner’s synchronised performance of the four parts is flawless. This is no mean feat as Smalley’s often chaotic-sounding textures are achieved by precise rhythmic patterns constructed from incrementally increasing and decreasing values. 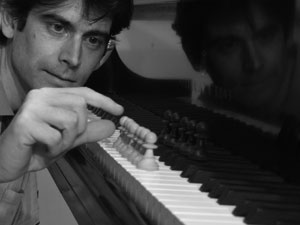 Morceau de Concours for solo piano (2007) was commissioned for the 2008 Sydney International Piano Competition (The title translates as “Competition Piece”). Clearly Smalley has designed this work to challenge the competitors. It begins slowly and impressionistically before exploring a myriad of complex textural ideas mostly at a furious pace.  Adam Pinto navigates the virtuosic terrain of the work with effortless ease.