Australian Honours are awarded by the nation in recognition of valuable contributions by individual citizens to their country. They are our version of ‘knighthoods’ and are decided by a special committee managed by the office of the Governor General. The majority of committee members are appointed by the government of the day.

The awards are given at four levels: Companion (AC), Officer (AO), Member (AM), and Medal (OAM), of the Order of Australia. ‘Companion’ is given to a very small number of people for very high level contributions, and the OAM is given for contributions generally but not always at the level of the local community to some hundreds of people.

We have attempted to find the awards given both to musicians and to those who have supported them in various ways. Below are listed the awardees who are ‘music people’. There is a widespread belief that awards should not be given simply for the distinguished practice of one’s profession or vocation, but rather for the unpaid contributions to the community life. It is difficult to ascertain from the award lists to what extent this philosophy is observed.

Under the Morrison government, the number of awards to artists has declined, especially awards at the higher levels. Readers may not recognise the names of anyone distinguished as a musical artist in the AC, AO or AM lists. (Retiring Artistic Director of the Australian Ballet, David McAllister, is the sole artist recipient.)  Acknowledgement is given mainly to board members of artistic organisations and philanthropists. They of course play a vital role in supporting our musical life and achievement and at no direct financial benefit to themselves. We are grateful for their support.

While there are no high level musical artists receiving high level awards, the number of music people recognised with the OAM is unusually large. This is the award offered also to a small number of distinguished musicians, including Jonathan Biggins (primarily an actor and author), Linsey Pollak, Beryl Sedivka and Brett Weymark.

The Music Trust offers our, and your, congratulations to awardees and our thanks for your contributions to the nation’s life and achievements.

COMPANION (AC) IN THE GENERAL DIVISION OF THE ORDER OF AUSTRALIA

Mr David Graeme McALLISTER AM, Melbourne VIC 3000 For eminent service to the performing arts, particularly to ballet both nationally and internationally, to artistic directorship and dance education, and as a mentor. The Australian Ballet, Artistic Director, 2001-2020. No music person was awarded.

OFFICER (AO) IN THE GENERAL DIVISION OF THE ORDER OF AUSTRALIA

Mr Philip John BACON AM, Fortitude Valley QLD 4006 For distinguished service to the arts, to social and cultural organisations, and through support for young artists. (A Board Director, Opera Australia, Deputy Chair, Brisbane Music Festival)

MEMBER (AM) IN THE GENERAL DIVISION OF THE ORDER OF AUSTRALIA

Mr Colin CORNISH, Malvern East VIC 3145 For significant service to the performing arts, to music, and to youth. (CEO, Australian Youth Orchestra, other)

Mr Brian John GILBERTSON, Thorngate SA 5082 For significant service to festivals and events in South Australia, to opera, and to voice education.

Dr Andrew Brantley LU OAM, Shenton Park WA 6008 For significant service to the visual and performing arts, to the law, and to legal education.

Ms Gina WILLIAMS, Bassendean WA 6054 For significant service to the performing arts, to Indigenous music, and to media. (Indigenous singer and songwriter)

Mr Brian John GILBERTSON, Thorngate SA 5082 For significant service to festivals and events in South Australia, to opera, and to voice education.

MEDAL (OAM) OF THE ORDER OF AUSTRALIA IN THE GENERAL DIVISION

Mr Jonathan BIGGINS, Balmain NSW 2041 For service to the performing arts through theatre. Sr Deirdre Patrice BROWNE, Hawthorn VIC 3122 For service to the community as a religious sister, and through music, education and the liturgical arts.

Mrs Yen BUI, Ashburton VIC 3147 For service to the Vietnamese community of Victoria.

Mr Matthew Thomas HICKEY, Brisbane QLD 4000 For service to music, and to the law. (Ten Tenors)

Mr Victor Gregory KNOWLES, Mudgeeraba QLD 4213 For service to music, and to the community of Mudgeeraba.

Mrs Joan MOYLAN, NSW For service to the community through the Catholic Church of Australia.

Mrs Mary Anne NEILSEN, Red Hill ACT 2603 For service to the community as a church organist.

Mrs Marie-Louise PEARSON, Nakara NT 0810 For service to the community through a range of organisations.

Mr Linsey POLLAK, QLD For service to the performing arts, and to music. 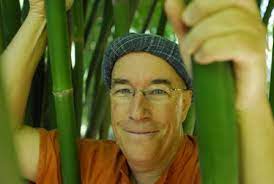 (The late) Miss Therese Margaret POST, NSW For service to the community of Uralla.

Mr Leonard Andrew RYAN, Kenmore Hills QLD 4069 For service to the community as a church organist.

Mrs Pauline Beryl SEDIVKA, Kingston TAS 7050 For service to music as a performer and mentor. Mr John Francis STANHOPE, Healesville VIC 3777 For service to the community of Healesville. Miss Lyla Isabelle WILLS, Batchelor NT 0845 For service to primary education, and to the community