“A lovingly performed album that goes some way to restoring the name of an historically wronged composer.”

It is surprising – though, sadly, all too readily explicable – that composer Günter Raphael (1903-1960) is not better known today. Coming from a strong musical family, the young Raphael was anointed as one of Germany’s rising stars in the 1910s and 1920s: at 19 he was awarded a scholarship to study at the Berlin University of Music; in 1925, no less than the Busch Quartet gave the premiere of his first String Quartet in E minor in Berlin, and the same ensemble premiered his second in 1926. That same year, Raphael signed a deal with publishing juggernaut Breitkopf & Härtel and moved to Leipzig; there, he took up a post teaching music theory and composition at the State Conservatory of Music, and the first performance of his Symphony No. 1 was given by no less than the Gewandhausorchester Leipzig conducted by the great Wilhelm Furtwängler, who said in 1936:

“Günter Raphael is one of the best talents among the young Germans of today, a musician who possesses an unusually fertile imagination and a great and real ability. We will certainly be hearing much of interest from him in the future.” 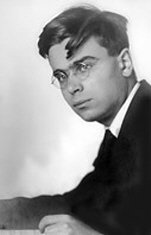 Sadly, Raphael’s rise came to a swift end with the ascension of the Nazi regime. Designated a half-Jew he was forbidden from employment, and all performances of his music were banned. Despite this, and a life-threatening tuberculosis diagnosis, Raphael continued to compose whenever he could.

After the war Raphael struggled to regain his previous status as a composer. He performed in a successful piano duo with his wife, Pauline, and some of his compositions were published, but he could never get back what he had lost after a decade of being blacklisted. But even to the end he retained a strong reputation among those with long enough memories: in 1957 he was appointed professor at the Cologne University of Music, and after his death in 1960 he was posthumously awarded the title “Senator of Honour” at the Felix Mendelssohn-Bartoldy University of Music in Leipzig.

You might ask, then, how Australia’s own Acacia Quartet came to record an album of Raphael’s string quartets. The genesis of the project dates back many years, to when Acacia violinist Lisa Stewart studied in Cologne. There she met Frederik Pachla, who would go on to marry violinist Christine Raphael, Gunther’s daughter. After Christine died, Pachla establish the Christine Raphael Foundation to commemorate and celebrate both Christine and her father, and when Stewart contacted Pachla to convey her sympathies on his wife’s death, they got to talking about Gunther’s music, and the possibility of Acacia performing it. Hot on the heels of successful concert performances in Sydney and in Berlin in 2017, the quartet headed into the studio in Berlin to record this album. This release on the Querstand label is the seventh volume in an ongoing series exploring Raphael’s works. The album features three of Raphael’s six string quartets, No. 1, Op. 5 from 1924, No. 2, Op. 9 from 1925, and No. 6, Op. 54 from 1946. It is a clever piece of programming that demonstrates the development of Raphael’s compositional style over the course of his life, the early quartets brimming with youthful energy and a solid grounding in the German late Romantic tradition of Brahms and Max Reger, especially. Op. 54, by contrast, is clearly the writing of a composer who has experienced much in their life; stylistically it is more advanced, too, showcasing Raphael’s own interpretation of 12 tone music, which he described as “tonal 12-tone”.

The first quartet launches straight into things, with a flurry of notes leading to a motoric motif that is immediately abandoned, quickly shifting to some engaging ensemble writing, darkness and intensity in the lower voices balanced by small outbursts from the violins. Within just a couple of minutes we find ourselves in a gorgeous Molto tranquillo section, a passage that feels familiar and comforting and extremely Romantic.

The second movement opens with a beautiful, lyrical Langsam und inning (Slow and heartfelt) section, the Acacia Quartet fulfilling Raphael’s instructions beautifully. It then shifts into a more dramatic section, moving to and fro between more intense emotional states. 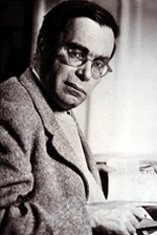 The second quartet demonstrates Raphael’s strong roots in musical tradition, sounding like a work written fifty years before its 1925 premiere. The first movement is beautiful, full of yearning, that builds to a gorgeous climax at the end of the movement, leaving you wanting more. The second, a well constructed fugue, shows Raphael’s technical chops. The third movement is full of beautiful, delicate filigree passages in the upper registers of the violins, flourishes that hark back even further to the Classical period. The sixth quartet, premiered twenty torrid years later, demonstrates Raphael’s explorations of serialism without ever fully committing to it: the ‘tonal’ aspect of his ‘tonal 12-tone’ makes for a thoroughly listenable work with only occasional moments of aural disquiet. It is a densely-packed and intensely moving work, tension in the bookends balanced by an exquisite, slowly-released middle movement.

Throughout, the Acacia Quartet (Lisa Stewart, Myee Clohessy: violins; Stefan Duwe, viola; Anna Martin-Serase, cello) give these works impassioned, deeply-felt renditions. There are no other recordings to compare them to, but it is hard to imagine them being performed any better than this.