Trending
You are at:Home»Reviews»Category: "Documentary" August 1, 2015
ANZAC VOICES. Gallipoli from those who were there. First-hand accounts from ABC Sound Archives, recorded between 1953 and 1990, with musical excerpts by Vaughan Williams, Elgar, Peter Sculthorpe, Ross Edwards and others

Listening to these two remarkable CDs is an unforgettable and deeply moving experience. To read the history of the Gallipoli campaign is often shocking and saddening as one comes to terms with the fact it was a bungled British strategy…

This is film is a sounding of someone’s life, a plumb or plimsol line through a not notably stable figure, within but sometimes wandering from the Melbourne jazz scene. The camera has returned to him over a period of 15… “Music evokes, stimulates, implies, suggests – playing upon the mind, the heart and the soul.  Music has the capacity to change lives forever.” – Richard Gill

“Andy Morton’s directorial debut with this Opera Australia production of this most popular of operas has given us just the right balance of glamorous spectacle (as befits the huge outdoor setting on Sydney Harbour) and intimacy.” “Combining the artistry of Pulitzer-nominated composer Christopher Cerrone and triple Grammy winning flautist Tim Munro, Liminal Highway explores the mystical space between consciousness and sleep. Cerrone’s fresh and exciting aesthetic delivers a compelling, hypnotic, sensual and haunting experience astonishingly performed by Munro who draws us into his own liminality.” 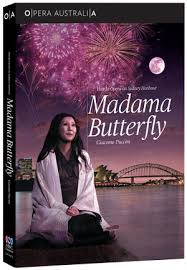 “This thoughtful and highly imaginative production of Puccini’s masterpiece was directed by Àlex Ollé, a director with La Fura dels Baus, with a mesmerizing, unforgettable performance of Butterfly by the young Japanese soprano Hiromi Omura.” Richard Tognetti and the Australian Chamber Orchestra’s ambitious Mountain project has all the history and adventure implicit in humankind’s quest to stand on earth’s highest peaks. Tognetti and the ACO have assembled a collection of original and established music pieces and synchronized them seamlessly with a series of filmic sequences. The footage is astounding. ‘You must see and hear Mountain, but the music alone is highly rewarding and provides a quite different, purely musical vista.’ The significance of the new series of short films, Songlines on Screen cannot be overestimated. Insight into the priorities of Aboriginal cultural heritage through a senory feast is on offer to all Australians in this series of profiles. A very fruitful ‘collaboration’ to present Richard Strauss’s telling of Alfred, Lord Tennyson’s tale, focussing upon ‘storytelling, imagination and music’. It incorporates new elements to redefine the old, and hopefully will inspire others to consider how this work might be reinvented in the 21st century. September 2, 2018
The 7 Great Inventions of the Modern Industrial Age – Music by Sally Greenaway

Telecommunications, aviation and space exploration, the age of convenience, the mechanical brain, world warfare, medicine and cinema – seven areas of 20th century innovation that have impacted greatly on our lives – are revealed here in an entertaining and absorbing mix of music, and audio archival material and sound effects. The life and lonely death of one of Australia’s greatest pianists. “A spectacular filmed production with a Sydney Harbour backdrop.”