Jig’s just saw the most marvellous documentary. You remember Mrs Carey’s Concert? This is just as moving and more inclusive. It’s called Outback Choir and it’s about Michelle Leonard and the annual Moorambilla Festival in outback NSW. The doco shows Michelle travelling to outback towns across this vast region to give music workshops and to choose primary school children to join a choir at the Moorambilla Festival, which she organises in Coonamble.

The children are just wonderful and so are their parents. So open and supportive. Michelle brings in absolutely top-flight classical musicians and composers, commissions new music for the kids to perform. There is a three-week camp and then months later the festival, where everyone has four days to get the performance together. Michelle’s way with the kids is remarkable – disciplined, caring, inspiring – and rewarded.

It will show on ABC TV on November 30. Meanwhile, Karen Carey, being the great talent she is, has survived her divorce from Methodist Ladies’ College MLC and has taken over the music program at Santa Sabina College at Strathfield in the innerish west of Sydney – just up the road from MLC. Its Principal, Dr Maree Herrett, intends to make music one of the College’s main areas of achievement. Karen is enthused about her new program. She also is looking into setting up an el Sistema program but it’s too early to let the cats out.

Among Australian documentaries produced in the last few years about wonderful music education programs there is a third: Dr Sarmast’s Music School, the film of Ahmad Sarmast and his creation, the Afghanistan National Institute of Music in Kabul. This has been an extraordinary achievement involving great personal risk in a city where during their day, the Taliban stamped out music activity. (Who would ever have thought the Taliban would one day look relatively benign!) Ahmad has just been awarded another in many awards: the Third Annual Charles Ansbacher Music for All Award, giving us an opportunity to remember what he is doing. “Dr Sarmast’s work at the Afghanistan National Institute of Music clearly demonstrates his belief in the power of music in bringing about social changes and transforming the lives of young people in a war-torn nation”. 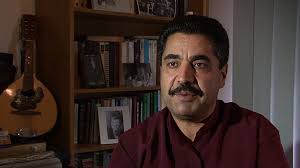 The Song Company gave a brilliant concert to celebrate its 30th birthday. Jig’s remembers when director Roland Peelman early in his tenure 20+ years ago thought he might only stay for a year. Thank goodness he changed his mind and we consequently have one of the finest a cappella groups in the world living amongst us. 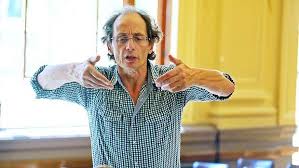 The concert was in the new auditorium at Sydney Grammar School. This is the most striking hall. It’s underground and the actual sandstone from which it was excavated forms much of the walls. The acoustic is perfect for the Song Company. There are movable acoustic curtains around the walls so presumably it can work well for other types of music too.

Jig’s friend just returned from Las Vegas. (I know I know, but we were friends before he went there. How was I to know…?) He says there are eight different Cirque du Soleil shows in that one town.

While we are in the US: there’s a great article in the Wall Street Journal, written by Joanne Lipman, a former deputy managing editor and former editor in chief of Condé Nast Portfolio. The article in this temple of American business proposes “a musical fix for American schools” and cites a number of telling research projects. http://online.wsj.com/articles/a-musical-fix-for-american-schools-1412954652

Who really, really wants to hear Chinese rock music? Probably no-one much other than the Chinese – until  China jostled the world’s stock exchanges. But wealth and status and a bit of aggro makes a country and its rockers much more interesting. So in October the Useless Rock tour of Chinese musicians including the band Second Hand Roses crossed the US. Wonder how it went. In decades past, jazz musicians described music that went beyond the rules as “far out”. You want far out, NASA has made available on the internet a library of space sounds – human and otherwise. People such as composers are free to use them.
http://createdigitalmusic.com/2014/10/nasa-posts-huge-library-space-sounds-youre-ree-use/

A vocal group in Minnesota is named Roomful of Teeth. (It won a Grammy in the last round.)