So the ABC cuts have sliced and diced music.

To handle the cuts, the management could have called for voluntary redundancies. But it didn’t. The cuts have been applied to particular program areas. That suggests a program strategy.

In music, Triple J is untouched. RN and Classic FM are strongly affected. The number of live recording/broadcast sessions on Classic FM has been halved to 150 per year, with a great loss of exposure for Australian artists. And specific RN and Classic FM programs have been terminated. They seem in particular to be programs broadcasting other than mainstream music.  Also, for instance, poetry. Can Australia not afford one hour per week of poetry on the national broadcaster? 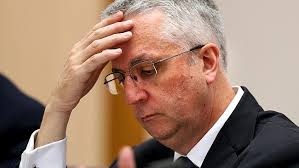 But there has been no public policy statement. So we are left to our own imaginings. Never a good idea. Since we have been confronted with a lot of negative decisions, we tend to imagine even more just around the corner.

We could speculate that these changes are about a numbers game: an investment not in musical quality and vitality but in the size of the audience.

Victoria’s new Labor government will have a Minister for Creative Industries, Martin Foley, but no Minister for the Arts. The arts will be rolled into this new ministry. The arts as an element of the creative industries are activities designed to create employment and profit. Arts values such as spiritual sustenance are secondary or incidental; spiritual sustenance could be pursued if it leads to greater profitability. Have Martin Foley and the ABC’s MD Mark Scott been talking? You may have read retiring Belvoir Theatre Artistic Director Ralph Myers’ Philip Parsons Lecture lamenting business’s takeover of the arts. It has got to the point, says Myers, where business people are being appointed as Artistic Directors. One consequence is likely to be that companies play it safe artistically so as not to risk financial loss. The possible upside is that if the arts are regarded by government as serious producers, not of art, but of employment and profit, they might get more substantial support. But then, if they are profitable, what support do they need?

Was it ABC management’s intention to create maximum public uproar?

Observation: most people are blaming the government, not the ABC management. The government has earned stick. It made the cuts – but it is not instructing the ABC on how to apply them; the ABC has statutory independence from the government and that still counts for something. The management is making these decisions.

Meanwhile the new Victorian Premier, Daniel Andrews, has told Victoria’s School Music Action Group (sMAG) that he wants every Victorian child to have the opportunity to learn a musical instrument – and promised $1.5m toward that objective. That would be about 1.5% of the money needed, at a very rough guess. But it’s Christmas and it’s not the gift, it’s the thought that counts.

sMAG’s hope is that since Mr Andrews has stated his intention (desire?) in writing and even made a down-payment, he might be held to it. Recent precursors are in short supply. In fact, any promise of favourable action once elected should now be enough to plunge us into deepest gloom. But let us not prejudge. After the Abbott government, if the new government in Victoria actually keeps promises we wanted them to keep, it could be washed with such a wave of public affection that it stays in power for decades. There is no Australian state that has achieved Mr Andrews’ objective. Another idea would be to ensure that all primary school students are delivered a classroom music program by an expert music teacher. That would be affordable and therefore achievable. We know it’s affordable because it has been happening for a few decades in Queensland.

The Song Room says that also not yet implemented is systematic teaching of the arts. There is a question of what the Gonski money would buy. There is to our knowledge no Gonski recommendation for arts teaching even though it has been shown to be a powerful factor in lifting academic scores. So the student now only has good maths scores but ALSO can play an instrument.

Most radio, including most ABC stations, broadcast music. Since the ABC is the national public broadcaster, you would think that its music programming is intended to fulfil a national strategy. Does anyone know what that is? Who has an opinion about what it should be?

Here are some basic ideas about what the ABC’s national music strategy might be.

For instance, it might be to give listeners access to music in genres that are not available from commercial broadcasters. If that is its policy, it has been successful, at least on the music stations and RN.

It might go further. It could be to give listeners access to the music of Australian composers and performers in those genres. Or further than that: it could be to act strategically to support the development and vitality of Australian music making in those genres, and to bring audiences of all ages to them.

That could include a role in music education beyond the general incidental enlightenment of the citizenry, and specifically directed to young people.