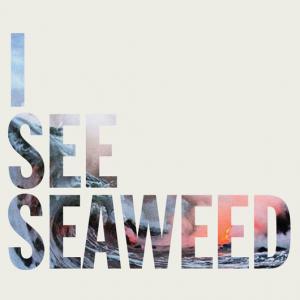 The Drones are perhaps the most important Australian rock band creating music today. While this is a big statement, and one that reflects my own admiration of the literary (and noisy), there is much to love about this group, both lyrically and sonically. Featuring Gareth Liddiard on guitar and vocals, Fiona Kitschin on bass, Dan Luscombe on guitar, Mike Noga on drums, Steve Hasketh on piano and keyboards, and Amanda Roff on backing vocals, I See Seaweed is a collection of eight finely crafted songs. Opening track I See Seaweed encompasses everything that defines the music of The Drones. Amidst the tension of percussive and chromatic flourishes, timeless-sounding chord progressions, snowballing crescendos of lyrical venom and squalls of noise there is always space for melody and tenderness. A voice that moves between a drawling thickness, wild hollers and screams, finessed melodies and outright angst, Liddiard’s vocals are the anchor of this music. Liddiard’s lyrics are arresting narratives characterised by the emotional range of their delivery, their poetry, grit, and broad accent. Attacking topics – there’s probably no better word to describe Liddiard’s approach – ranging between Australian small mindedness, Google maps, memory, canine space exploration and failed relationships, Liddiard’s songs have an urgency that resonate equally within local, historical and contemporary frameworks. But what makes this ‘rock’ rather than ‘folk’ music – see Liddiard’s solo album Strange Tourist released in 2010 – is the rhythmic ferocity of Mike Noga’s drumming and the abrasive guitar playing of Liddiard and Dan Luscombe. Noga swings between tribal floor tom trances in Laika and a delicate ride cymbal on How to See Through the Fog. Liddiard’s playing is infused with storms of whammy-bar and a predilection for dissonance, and his presence in particular gives the music immediacy and rawness. While these aspects of The Drones are part of the ‘wild abandon’ image of the rock genre, such a convincing and passionate performance requires precision in its execution.

Stylistically, The Drones synthesise influences from Iggy and The Stooges, Swans, Don Watson, Patti Smith, and The Beasts of Bourbon. Not that The Drones really sound like any of these artists. Rather, they are part of a continuum of uniquely powerful and poetic rock music. Of course they bear some similarities, with the energy of Iggy and the Stooges, for example.

Every song on I See Seaweed is extremely strong, and the pacing of the album is also carefully controlled. The raging propulsion of the fourth track A Moat You Can Stand In certainly does cleanse the palette in preparation for the brooding currents of the second half of the album! The prominence of Hasketh’s piano and organ on several tracks expands the emotional reach of almost all of the songs. On Why Write A Letter That You’ll Never Send, the final track, the piano lends a beautifully melancholy air quite unlike anything The Drones have produced so far.

For committed Drones fans, this album is another impressive step forward. And if you are new to the band, this is an excellent place to start.