I am Melba – a Biography Ann Blainey makes no apology for adding to the already substantial collection of biographies of Miss Nellie Mitchell. In her Preface, she acknowledges her debt to her forerunners Agnes Murphy, John Hetherington, Thérèse Radic and Pamela Vestey, but claims the right to add to the shelf on several grounds, all of them supported, in her readable, fully indexed, well organized, often appropriately spicey book.

As a little girl, she heard Melba on record and tried to sing along. Lucky, lucky child, to get an impression of that silvery sound into her memory. Among the sources that the author was  first to gain access to are – surprisingly – the singer’s own collection of press clippings, letters to Melba from her sister, the private diaries of one of her secretaries and records of legal proceedings covering the sordid details of her marriage break-up. 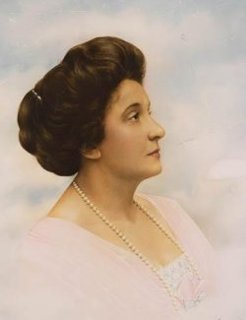 Blainey has delved into the archives of Australian institutions – even the Presbyterian Ladies College which schooled her subject – and also opera houses in London and Milan. She was forced to do her own sleuthing to winkle out information about Melba’s tours in Europe and America, as some opera houses had no records of them, and called on translators for help with reviews in Scandinavian, Italian, German, French and Russian.

Blainey has a keen eye for keeping her readers interested. By page 3, Nellie, aged 8, is on stage in the new Richmond Town Hall singing Can’t You Dance the Polka?  to her own piano accompaniment. From then on, barely a page is turned without a song. Many Forum readers will hear them as they read about them.

Some of the most significant passages deal with Melba’s early life. Her formal training in piano, organ (approved by her father as a ‘godly instrument’) and singing – taking lessons at the tender age of16, when most teachers recommend waiting until the hormones have stopped playing havoc with the vocal cords – all contributed to her solid knowledge of music, as well as the legendary technique that enabled her to perform even when physically or (sometimes and) emotionally unhealthy.

Just as illuminating are the insights into a naughty practical joking child, a girl who defied her autocratic father, liked to play with boys and was her own person. She seemed to learn quickly to look after herself, rebelling against authority if necessary. These traits, implanted early, maybe even innate, are clues to her adult behaviour. Independence, even willfulness, became her trademark.

Travel, assistance from influential and wealthy titled patrons, rigorous training in Paris from Madame Marchesi who virtually adopted her, engagements in the most prestigious opera houses in the world, meeting with composers (Gounod, Mascagni, Leon Cavallo, Verdi) who coached her in their music, association with singers whose names still resonate – Jean de Reszke, Adelina Patti; her phenomenal professional life is documented, with attendant praise and contumely, in meticulous detail.

No less absorbing are the diva’s matters of the heart. An ill-matched marriage which was doomed from the start, an adored son. Philippe, Duke of Orleans reported as the lover she loved above all other lovers. She was as passionate off stage as she was on.

Her name became synonymous with many farewells. A dessert was named after her by Escoffier.

She was cared for like royalty in her final illness and died as famously as she had lived.

She was honoured with a ‘stupendous’ funeral. The flag at Parliament House in Melbourne flew at half mast.