This disc is pure joy to listen to! One exquisite aria after another (16 in all!) beautifully sung by a top cast of six singers and supported by an excellent small orchestra. Of course the opera is one of Handel’s masterpieces but I suspect the magic ingredient that makes this interpretation so special, is the wealth of experience the conductor Richard Bonynge brings to the task. He has spent fifty years conducting singers and he understands Handel. The singers clearly feel totally supported by Bonynge as they all sound poised and there is a gentleness and lyricism in their singing which is simply wonderful to hear. He certainly doesn’t indulge in the current (undesirable) fashion for playing baroque music as fast as possible to produce a superficial wow factor through sheer speed alone – his tempi are graceful and the innate beauty of the score is never marred by any forcefulness in the vocal production. Valda Wilson and John Longmuir at the performance

The disc is a live recording of a concert presented by the Joan Sutherland and Richard Bonynge Foundation in Angel Place Recital Hall, Sydney on 20 October 2012. It was in fact the Australian premiere and an appropriate celebration of Bonynge’s fifty years as conductor. The concert was dedicated to Joan Sutherland. Opera Australia has done some wonderful productions of Handel – think of Partenope and Alcina – but we can’t look forward in 2015 to any such exciting offerings under its current management! Richard Bonynge describes Rodelinda as one of the most satisfying of Handel’s compositions both musically and dramatically, and I certainly found the music ravishingly beautiful and all the performances of a very high standard and very enjoyable.

The Metropolitan Opera regularly mounts operas by Handel – we have the singers as shown by this performance so why not expose our opera audiences to more of this wonderful music sung by our home-grown artists? The young Australian soprano Valda Wilson stars in the title role and it suits her to a tee. She was originally trained at Sydney Conservatorium of Music and is now based in Europe where she is carving out an impressive career. Her voice is very beautiful indeed – fresh, expressive, supple and smooth. To hear her wonderful singing in “Se’l mio duol non è si forte” and “Morrai, sì, l’empia tua testa”’, two arias from this Sydney concert performance, go to http://www.valdawilson.com.au/#!media/c1yi7.

Grimoaldo is sung by the young tenor, John Longmuir, who won the inaugural Joan Sutherland and Richard Bonynge Bel Canto Award scholarship. His too is a voice to watch. Fiona Janes and Liane Keegan are top Australian singers whom we have not seen cast often enough on our operatic stage of late, and it is good to hear their voices again in such glorious music. Janes plays the pants role of Bertarido and therefore has the good fortune to sing “Dove sei, amato bene”, one of Handel’s most beautiful and best known arias. Lorina Gore and Michael Lewis complete this stellar line-up with excellent singing. 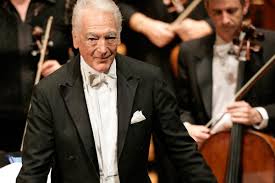 The score is remarkable for the variety of aria types- from sparkling allegros with brilliant florid passages to slow sustained melodies full of pathos. The story is far too complicated to recount here. Suffice to say that in Rodelinda, “Handel expresses every facet of conjugal emotion- separation, longing, despair, hope, relief – in music of marvellous eloquence. In richness of invention it can hold its own in any company” ( Winton Dean, a Handelian scholar, quoted by Bonynge in the cd notes). The opera premiered in 1725, when Handel was the musical director of the Royal Academy of Music, a company set up specifically to produce Italian operas to cater for the London audience’s craze which had been sparked by Handel’s Rinaldo in 1711. He followed Rinaldo with two more masterpieces, Rodelinda and Guilio Cesare.

Is it a result of cost-cutting that the ABC chose not to record the entire opera complete with recitatives? One misses them as one cannot enjoy the complete work on the disc. And what about including the names of these fine orchestral artists, whose playing is excellent? There are no pictures of the singers with their biographies which was also disappointing as many would not know anything about Valda Wilson, and having heard her, would undoubtedly be curious to find out more about her! The cd notes do include a synopsis of the story of the opera, English translations of the arias, and some comments by Bonynge about his love of Handel’s music.

It is music to bask in if you like Handel, and if you don’t, prepare to be converted by this disc!
.