For Emperor and Pope. Music for a Renaissance Court The extraordinary figure of the Holy Roman Emperor Maximilian I lies behind part of the programme for the Song Company’s latest CD, For Emperor and Pope. One of the extraordinary cultural patrons of the Renaissance, among Maximilian’s less felicitous ideas was that of offering himself seriously as a candidate for the papacy. But his marriage into the family of the Duke of Burgundy, perhaps the most important court in northern Europe at the time in terms of its investment in cultural patronage, opened Maximilian’s eyes to the central role music could play in a programme of imperial propaganda. Within the decade of his marriage to Mary, Duchess of Burgundy, Maximilian had established the elite Imperial chapel, which went on to attract the most important singers, organists and composers of the last quarter of the 15th century, maintaining a critical presence in European music circles until well into the 17th century.

The first composer to be heard is one of the most important imperial employees, Heinrich Isaac, who came into imperial service after periods in the ducal court in Innsbruck and a period in Medici employ. The recording opens, fittingly enough, with his massive Staatsmotette, Virgo prudentissima, written for Maxmilian in imitation of the isorhythmic motet of the early 15th century of the kind represented by Dufay’s Nuper rosarum flores. It is a pity this is the only truly major work on the disc, as the Song Company proves more than equal to the alternating demands of delicacy and massiveness required by Isaac’s motet. Isaac is, however, well represented in a series of slighter Lieder, among them the perennially popular Innsbruck, ich muß dich lassen, here given a shapely performance. The probably lesser known figures Arnold von Bruck (Kapellmeister to the Archduke, later Emperor, Ferdinand I), Jacobus Vaet (Kapellmeister to Maximilian II), and Jacob Regnart (employed at the court of Rudolf II) are represented by a mix of sacred and secular works. Vaet’s art, which has been the subject of recordings by the Dufay Ensemble and Cinquecento, is shown at its best in the intimate Salve Regina for soprano and lute, and Regnart (also the subject of a very successful Cinquecento recording) is here represented by his secular songs, in both vocal and intabulated versions. These songs form a fitting counterpoint to Isaac’s, at the start of the German polyphonic secular song tradition, and show what a critical contribution this composer made to German song. Finally, Orlando de Lasso, inexplicably never an imperial employee, is the subject largely of Lieder.

The focus of this recording is indeed largely on German secular song, and it is a welcome contribution to the discography of what has been a sadly neglected aspect of German Renaissance musical history. Casting a wide view over some of the earliest ‘high art’ examples of the German Lied in the hands of Isaac, this recording also embraces the villanella-inspired work of Regnart and Lasso, showing the completely contemporary musical expression of these men and the far reach of the Imperial musical establishment. The Song Company has evidently thought about text and mood in the rendering of what is a handful of striking gems of this period, even if the approach verges uncomfortably on caricature from time to time.

Given the performance of Virgo prudentissima is so accomplished, it seems a shame that the Song Company does not embrace the fully-fledged sacred motet more often on this CD; one of the Psalmi poenitentiales of Lassus, or indeed, some of his more extreme chromatic experiments (Timor et tremor or of the Lectiones sacrae), would have provided more than enough material for them to sink their teeth into. And, as the recordings of Cinquecento in particular have shown, both Vaet and Regnart remain too little known for the music that stood at the centre of their outputs, sacred music for the imperial chapel.

The Song Company can certainly make a massive sound when it is called for and are flexible and pliant enough in secular song. The energy of this group is, however, often somewhat diffused, and the focus on what is often ‘bitty’ secular song merely reinforces this. The impression of diffusion is also bolstered by what to my ear is a too-present soprano sound, undercutting the critical polyphonic play. This is, however, a highly valuable contribution to the discography of the Flemish masters at work in the Imperial court, and stands happily on its own merit as a recital-length survey of what is clearly wonderful music. 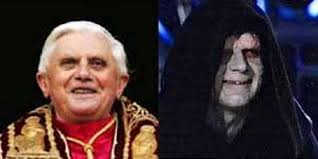