Fluid to the Influence 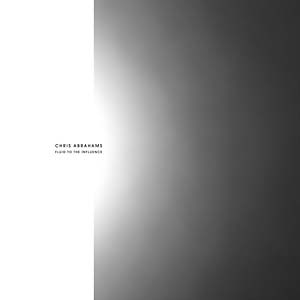 “One of Australia’s most distinctive improvisational voices has created another finely woven and memorable collection.”

But don’t automatically expect this music to be defined by meditative, shimmering beauty. Then again, it depends how you define ‘beauty’. Perhaps this idea, the deconstruction and exploration of textural, tonal, harmonic, rhythmic and improvisational beauty, is at the heart of Fluid to the Influence. Not that this album is all about the concepts. It’s also a very well balanced (both not too long and diverse in character) collection of tracks, posing as many challenges to the listener as it does moments of rest and release. Based in Sydney and best known for his work with The Necks (although I’m also a huge fan of Roil, the trio with drummer James Waples and bassist Mike Majkowski), this is Chris Abrahams’ ninth solo album. Each of the eight tracks on Fluid to the Influence is distinct, although Abrahams’ signature, an ever-present tension between rolling movement and stasis, is a unifying factor across the album.

There is something so super refined in Abrahams’ melodic sensibility. Take the track The Stones Continued Intermittently, where a tambura-like drone underpins a melodic exploration that is delicate but at the same time heavy and affecting. Once the drone drops away towards the end of the track we are left to meditate on a shining cloud of sustain.

I found that the movement between tracks served to continually refresh the sonic palate. Maybe other listeners would find the shifts abrupt, but for me the changes between pieces emphasises the singularity and unity of each improvisation, fortifying and underscoring the unique beauty and subtlety at play. Once the move into the next slice of sound is complete, there are a few moments where one can reflect on the change, still remembering the rhythmic and textural feel of the past, before becoming fully immersed in the present. This temporal and melancholic effect is one seldom at play in music, and for me it is a product of how solidly singular each of Abrahams improvisations are.

Buried within the undeniable attraction and lullaby of Abrahams work is an urgency that stops his music from ever being too pretty. The strangely disembodied and floating soundscape sitting just behind the sweet melodic play in Clung, Eloquent, the jangle atop the whirring organ energy in Trumpets of Bindweed, the abrupt shift in rhythmic texture in the opening track One-Liter Cold Laptop, or the juxtaposition between an elastically repeating almost guitar-like arpeggiated pattern and a whirring, sweeping background scape on the final track, Rust and Comet. All of these elements give Fluid to the Influence an undertow or edge that keeps the listener aware (but not necessarily on edge) while exploring each of these soundworlds.

Contrasting with the monochrome starkness and simplicity of the album artwork, these eight tracks shine brightly.