This paperback volume is a collection of papers and transcribed discussions derived from a conference-festival of the same title, held in Brisbane in May 2010. As such, the book falls into the sometimes maligned genre of conference proceedings. In this case, however, I feel that the relative informality of papers read at a conference is more of an advantage than a problem. It renders these papers for the most part very easily readable and, if they are at times rather loosely focused and anecdotal in nature, this is compensated for by the many valuable perspectives and personal insights offered by the unique gathering of experts in this field of research and musical practice. 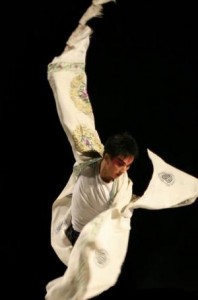 I find this book valuable in several ways. Firstly, it serves as a fine sampler of histories, theories, practices and ideas across a wide range of musical interactions between Australia and China. In this respect, it makes a comfortable introduction to this broad field. The scholars among the authors (such as Yang Mu and Catherine Ingram) have published more detailed research and argument elsewhere, so interested readers may easily follow up on this. Similarly, the composers and performers are here speaking and writing about their works in an Australian-Chinese context that may be then investigated further through recordings and scores. For many interested readers, Encounters will open new windows into the history and present of musical relations between Australia and China, and indeed into broader cultural issues.

Secondly, Encounters serves as a unique document of recent Australian perspectives on these musical and cultural relations. We find here a cross-section of scholarly and musical interests and perspectives upon historical cultural impacts and interactions, along with more recent musical interactions and appropriations. While some of these interactions are high-minded, rigorously researched, and aiming for true cross-cultural understandings, others are embarrassing, inappropriate or involve misappropriations that are ethically, intellectually and artistically suspect. I hasten to add that I do not say this as a criticism of the book as a whole—rather, it seems to me that a great part of the value of this collection of papers and discussions is in the wide range of perspectives documented. Although a more tightly-curated volume might have had advantages in some respects, it would also lose this valuable documentary aspect, of showing us how we interact with China musically, warts and all.

Thirdly, I feel that a critical reading of the papers and discussions published in Encounters offers some very valuable insights into the complex nature of relations between Australia and China during the past century or so, through the lens of musical interactions. Superficially but significantly, one notes that the papers here represent relatively few Chinese voices (and they are all expats: editor Nicholas Ng, ethnomusicologist Yang Mu, Sheng virtuoso Wang Zhengting (all living in Australia), and the pianist-composer Gao Ping (who lives in New Zealand)). In this respect, the book offers very much a view from Australasia rather than a dialogue with China. There are many fine musicologists active in China and Chinese-speaking countries today (and of course countless musical practitioners), but their voices are not heard here.

The vital issue of diaspora is rather pointedly glossed over in these papers. The implicit focus in Encounters on China as a political/state entity rather distorts the reality of the situation, since Australian encounters with ‘China’ are very often via the diasporas in Indochina, Malaysia, Indonesia, Singapore, the Philippines, or the unmentionable Taiwan. In the field of music research, we might also think of the Tang-dynasty musical traditions preserved in Japan, the ancient Confucian and Buddhist Chinese influences on Vietnam and Korea, and so on. Strong Chinese communities (and their musical traditions) have existed in Australia since the mid-19th century, and our interactions with other Chinese cultures scattered around Asia are arguably at least as important as those with Beijing or Shanghai. The papers and discussions in Encounters do not often acknowledge the sheer diversity of cultures and traditions that are loosely lumped together under the banner of Chinese (Catherine Ingram’s paper on Kam music is one exception). Even more worrying, there is a tendency to implicitly reinforce the cultural ascendancy of Beijing and state-sanctioned music (e.g, referring to a teacher in Shanghai ‘with a beautiful Northern accent’ as though a Southern accent or dialect cannot be beautiful).

In the transcribed discussions there are a few too many ‘let me tell you a funny story’ anecdotes about the Cultural Revolution to be amusing, and these are often followed up closely with patronising remarks about how far China has come along since the 1980s (implying that the Chinese are becoming more like Westerners, as though that might be a good thing). The book is almost entirely devoid of any genuine political engagement or critique, which is startling to say the least when music is explicitly politicised in China. By not engaging with this very real aspect of Chinese musical cultures, the authors collectively reveal their own peculiar political stance.

While such aspects of Encounters are worrying insofar as they reflect real weaknesses in our Australian views of relations with China and Chinese cultures, it is good that they are preserved in the book. As noted above, this is partly what makes the book a valuable document. Credit must go to Dr Nicholas Ng as the volume’s editor: by leaving in things that others might have edited out, he allows the reader some useful glimpses into the minds of the various authors.

The book falls into four sections. The first three contain papers presented at the Encounters conference, divided according to their respective focuses as either historical, ethnographic, or ‘artistic’ (emphasising performance and composition). The final, fourth section of the book contains the transcribed discussions with such luminaries as Gao Ping, John Huie, Anne Boyd, Julian Yu, Larry Sitsky, John Curro, and Ash Dargan. 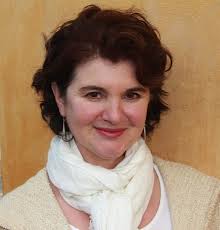 Catherine Ingram’s paper, ‘Researching Kam minority music in China’, stands out for a number of reasons —not least for the epic 24 months of fieldwork upon which her work is founded. In this short paper, rather than presenting her cultural analysis or research conclusions, she provides a powerful insight into her research methodologies and practices in the field. In our age of diminished attention spans and scholarly superficiality, this serves as a salutary reminder of the value of ethnographic close-reading, and of the importance of detailed and focused analysis.

Ingram’s argument for the significance of her work, and the supposed benefits to Australians and Kam people, however, seems a little contrived: Western researchers build lucrative first-world careers upon fieldwork such as this, while the communities they study receive in return some vaguely-defined benefit of interaction with the wider world and a CD or DVD of themselves singing. It would be easy to see this as a kind of neo-colonial plundering (and indeed many minority communities around the world see such research in exactly those terms). Once UNESCO and Beijing jump on the bandwagon with heavy-handed official acknowledgement of the musical repertoires documented, everything becomes even more distorted. For the Kam and their fragile traditions, nothing will ever be the same again. I am not arguing here that ethnographic research should not be undertaken—I admire the best practitioners of this kind of work very much—simply that the benefits and costs are not always as easy to define as we might think.

Tony Mitchell, in ‘The Asian Bjork—is Sa Dingding the voice of the ‘New China’?’, gives an interesting discussion of the frighteningly well-packaged Chinese pop phenomenon Sa Dingding, whose brief period of international fame now seems to have passed. But Mitchell manages to avoid any discussion of the crucial questions regarding such Chinese pop stars and their international careers: who is funding them?, and to what extent are they instruments of the Beijing government? A missed opportunity.

More successfully, Aline Scott-Maxwell’s paper, ‘Australian encounters with an imagined China in early musical entertainment’, traces the long-standing relations between white Australia and its self-defined notions of China, mapping some of the spectrum of attitudes from respectful interest, through cartoonish amusement to genuine fear; a legacy that is still very much with us today.

Some papers take the form of personal memoirs, and are valuable historical documents in their own right. Yang Mu, a significant scholar, tells the story of his journey from China to Australia where he has lived since the 1980s. His experiences of being a music student in Beijing shortly after the Cultural Revolution are interesting, especially his recounting of the ways in which Chinese scholars began to rediscover musicology and ethnomusicology after the years of isolation from foreign academic literature. He came to Australia to study with Gordon Spearritt at the University of Queensland (turning down opportunities to go to the USA) and settled here permanently while maintaining a close engagement with Chinese scholarship. Tony Wheeler tells a complementary story of his beginnings in Brisbane, and his adventures studying qin in Shanghai and later in Hong Kong. As with Ingram, Wheeler demonstrates the benefits of a deep and long-term engagement with another culture. The ‘artistic’ papers are delightfully problematic, negotiating curious creative spaces framed by appropriations and collaborations of varying degrees of ethical and intellectual integrity. A Tasmanian ‘research project’ devoted to figuring out how to arrange Chinese folksongs for pipa and piano duo? Strange but true. More seriously, Erik Griswold and Vanessa Tomlinson write about their interest in Sichuan opera, and their long term association with musicians in Chengdu. Their adaptation of the complex system of conductor’s cues for the traditional opera orchestra to contemporary structured improvisation is indeed an interesting creative interaction.

The transcribed discussions are all full of interesting views and anecdotes. Overall, they convey a perhaps unintended but urgent message about recent failures of Australia to engage more deeply and more intelligently with China. Anne Boyd, Larry Sitsky, and John Curro talk about their various past involvements with China, some of them momentous: Sitsky and Curro were among the musicians who followed hot on the heels of Whitlam in the 1970s, as enthusiastic participants in cultural exchange, while Boyd served as founder of the music department in Hong Kong University in the 1980s. For some time, such engagement did bear fruit. More recently, however, these kinds of encounter seem to have fallen victim to a complex of difficulties, including diplomatic blunders perpetrated by Australian government ministers and university managers, the resurgence of higher education and research in Asia on a wave of massive investment, and the plummeting international rankings of Australia’s universities. Some of the world’s finest sinologists work in this country—one thinks of Geremie Barme and Børge Bakken to name just two—and yet as a nation we seem to be still partially crippled by the patronising paranoias of the 19th century. Encounters, however, reminds us that genuine musical and intellectual exchanges will always happen at the individual level. There will always be meetings of great minds across cultures and oceans, and regardless of the ineptitude of institutions and governments everywhere, we can at least hope that there will always be musicians like Griswold and Tomlinson, or Gao Ping, who are prepared to engage in meaningful dialogue with other creative people; there will always be some imaginative students like Wheeler and Yang Mu, rushing to study another culture’s ways of thinking, and a few courageous scholars like Ingram who are prepared to immerse themselves for years at a time in another culture for the most idealistic of reasons.

Encounters is an important and valuable book, as both a record of past and recent work, and a reminder of what may yet be achieved.