Note: Due to some editorial mismanagement, we have received two reviews of this disc, the other by Gwen Bennett. We have decided that it would be interesting to publish both.

“Deep Blue and Dirty” indeed is the title piece of Andrew Schultz’s collection, ten items played with unfailing excellence by various combinations of the Southern Cross Soloists. It demands to be heard first, though placed ninth on the disc. The composer gives few clues about this piece. Feel free to muse.

Mark Gaydon’s bassoon is indeed very deep, but also very high; blue and bluesy or purple or many shades of grey, occasionally grandpa grubby, rather than dirty. Pianist Lucinda Collins keeps pace with him in his own commission, crafted by Schultz to reveal the technical and expressive facets of the wind family’s elder brother. This is material to ponder on. Let your imagination plunge deep, scan the sky.

Schultz is more forthcoming about his other pieces. Paul Dean (clarinet), Patrick Murphy (cello) and Stephen Emmerson (piano) explore the notes and politics of After Nina, named for Nina Simone’s interpretation of the civil rights song Strange Fruit. Margaret Schindler (soprano) and Emmerson are the composer’s choices for an engaging set of five songs, To the Evening Star. Schultz has an eye and an ear for settable words. Schindler’s voice is light and flexible, her vibrato even throughout an impressive range. Singer and pianist deliver a variety of moody and scenic texts – Yeats yearning for “Lake Isle of Innisfree”, homespun philosophy in “Money, O!” by W.H.Davies, with the piano running rings around the voice.

The title song, Blake’s image-packed “To the Evening Star”, invites repeated hearings, as much for the carefully crafted and performed piano part as for the voice.

Schultz turns to science for Lines Drawn from Silence, scored for soprano, violin (Alan Smith) oboe (Tania Frazer) clarinet (Paul Dean) bassoon (Gaydon) French horn (Sharn McIver) and piano (Kevin Power). Isaac Newton is the source of texts taken from his Principia Mathematica and Memoirs. Full appreciation of the match between words and music is denied on two counts – one, too often Schindler’s voice is underrecorded, and two, the music is undoubtedly profound, and surely all real musicians know the connections between music and numbers, so we are entitled to know what the profundity is about. Fine playing is almost enough to please the ears, but the brain is left a little wanting. 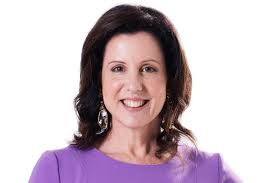 Frazer and Power round off Schultz’s thoughtful and thought-provoking chamber gems with the short, pungent Lost at Sea. The bell tolls for us all. Schultz is a master of the High Intensity Short Time genre.