Some people are still surprised that the didgeridoo is much more than a drone instrument played by Australian Aboriginal musicians for corroborees and ritual ceremonies. Others may be used to seeing the didgeridoo playing in rock bands like Yothu Yindi, Jamiroquai and by singer/songwriters like Xavier Rudd. But some trailblazers like Mark Atkins, Charlie McMahon,… continue reading » Winanjjara means song man in the Northern Territory language of Warumungu. This double CD by Warren H Williams and the Waramungu Songmen is a major project that is part of an important Federal Government initiative known as The Song Peoples’ Sessions. The project has developed collaborations between traditional and contemporary Australian indigenous musicians to support… continue reading » 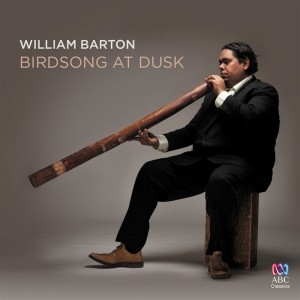 William Barton is one of Australia’s leading didgeridoo players and has taken the wonders of this ancient instrument to the world. He regularly performs around the globe, and his album Kalkadungu won the 2012 ARIA Award for Best Classical Album. Musically, Barton grew up in both worlds having learned to play didgeridoo from his uncle,… continue reading » The Black Arm Band is a vital part of Australia’s cultural identity.  They describe their work as music of the Australian Indigenous experience. It was formed by director Steven Richardson in 2005 and takes its name from the derogatory term that Prime Ministry John Howard used to denigrate attempts by some historians to recognise the… continue reading »

Last year I wrote a rapturous review of the Winanjjara double CD by Warren H Williams and the Warramungu Songmen. Ngambala Wiji Li-Wunungu (Together We Are Strong) by Shellie Morris and the Borroloola Songwomen is the second release of the culturally significant project knows as The Song Peoples Sessions. The project facilitates collaborations between traditional… continue reading »

This CD/DVD set is a collection of traditional Christian hymns, contemporary songs, contemporary Christian kores (choruses), love songs and childrens’ songs performed by the Erub people in the Torres Strait Islands. It opens with seven hymns sung in harmony in a mixture of the Meriam Mir and Erub Mir dialects of eastern Torres Strait, Torres… continue reading »