Any time one sees Ian Munro’s name on a concert poster or a CD cover, it’s worth it to take note and make an effort to listen. For over 15 year he has produced music of a wide variety and consistently high quality, and been a champion of Australian music. His latest CD continues this high-level work, with a collection of Rags by four Australian and one Uzbeck composer.

The syncopated melodic lines and the ‘stride’ style of the left hand are both common markers of ragtime. It is less overtly ‘bluesy’ in its modality and harmonic language, and is perfectly suited to the piano. The works on this album are true to the original model of composers such as Joplin, Cobb, Confrey, Botsford or Eubie Blake, to varying degrees. Munro’s own Bad Girl Rag, in his own set of five which form the opening salvo on the CD, is the most typical of rag in his collection. The fascinating China Rag is the one that stands out for me, firstly because of its cascading rhythmic and melodic figures, which tie in so well to the harsh tone clusters, but also because of its virtuosity. Munro the composer is as compelling as Munro the pianist in this one. 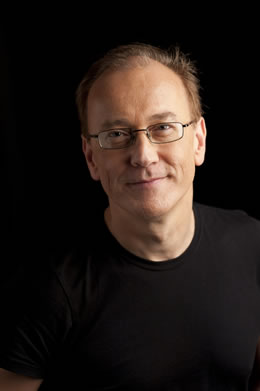 Elena Kat-Chernin is the Australian composer most commonly associated with the piano rag, and eleven of hers are represented here. The variety in her music is, as always, refreshing. Kats-Chernin has the ability to write music that is at once quirky and charming, but which does not lose its strong foundation and clear formal processes. Munro’s playing is, as always, assured and full of clarity.

The music of Anne Ghandar is often more introspective than Kats-Chernin’s, and her Ragtime Suite largely fall into this category. Munro has recorded music by Ghandar before, and it is clear from the performance, the clarity of melodic line and variety of touch and tone, that he understands her music well. This performance has moments of the required cheekiness for this style of music but there is a tenderness in Ghandar’s music that speaks more deeply than much more bombastic music.

Graham Koehne’s Blues is a fairly typical Koehne work, staying true to the spirit of the original model, but adding a rhythmic vitality beyond the scope of the typical rag. Its episodic nature belies the strong formal thinking behind it.

Yanov-Yanovsksy’s Silhouettes is intriguing as the composers alluded to in the titles are not always associated with this sort of music. However, each piece, particularly the ‘Ives’ and ‘Debussy’ movements are evocative and one can believe these were rags written by these composers. There is deep understanding and affection for the composers named in the title of each piece here.

Throughout the recording, the technique and musicianship of Munro are beyond reproach. This is a world-class player in terms of touch and sensitivity as well as in technical and expressive prowess. A CD to adorn anyone’s library!