When period-instrument performances of Baroque music became mainstream in the 1970s, it must have seemed like a breath of fresh air after the sort of outings in which, as Debussy once put it, Bach seems to ‘bear the weight of many subsequent centuries’. Faster tempos, stylish ornamentation and smaller ensembles made for a clearer appreciation of polyphony; gut strings, looser bow tension and a slightly lower pitch meant less penetrating but often more subtly coloured string playing; cross-fingered woodwind and valveless brass made chromaticism sound genuinely dangerous and exciting. Nikolaus Harnoncourt founded the Concentus Musicus Wien in the mid-1950s; by the 1970s the field was crammed with the Academy of Ancient Music, Leonhardt Consort, Musica Antiqua Köln and numerous others, and performances of Baroque music by ‘symphony’ orchestras became rare. Wanda Landowska had, of course, pioneered the revival of the harpsichord in the 1940s (though later purists sneer at the gargantuan ‘plucking piano’ she commissioned from Pleyel; revisiting her recordings one is struck by the oddity of the sound when compared with the lighter-timbred instruments favoured by, say, Leonhardt). But, as I discovered riffling through a batch of 1960s AMEB piano books recently, Bachandhandel, then, was still a large part of every aspiring pianist’s diet. At the height, a decade or so later, of the period-instrument revival, however, performances of keyboard music on the modern piano likewise became rare, and those that occurred were frowned upon in certain circles. The subsequent period of peaceful coexistence has been wonderful, with the many insights of historical research informing performances on period and modern instruments – Harnoncourt conducting the Concertgebouw Orchestra in Haydn, or Lorraine Hunt Lieberson’s account of Ich habe genug, BWV82, or Angela Hewitt’s explorations of Bach solo music and concertos, for instance. We realise, perhaps, that we can never know exactly how a piece sounded 300 years ago – indeed, historical research is re-examining performance practice as recent as that of the late 19th century – nor can we un-hear everything that has appeared since and which inevitably colours our appreciation. At least it’s no longer a matter of shame to admit that while Dafitt Moroney’s ‘48’ is huge fun, so is Glenn Gould’s; that the Jordi Savall/Ton Koopmann recording of the gamba/cello sonatas sits next to the Mischa Maisky/Martha Argerich disc on one’s shelves, and indeed, that Argerich’s Concertgebouw performance of the C-minor Partita, BWV826, is the most thrilling Bach-playing ever. Ever. Bach’s music for, shall we say, Klavier can be played on any instrument with a long enough keyboard, and individual players need to make extensive interpretative decisions about speed, dynamics and expression. But, as London-based Australian pianist Antony Gray’s 3-CD set of Bach Transcriptions wonderfully demonstrates, there is a huge repertoire of Bach interpreted for piano by other composers; this can range from simple transcription of an organ work from three to two staves, the reduction of a choral, ensemble or orchestral score to suit a keyboard or, in our own time, works in which elements of Bach are freely manipulated by the composer, sometimes fusing elements of, say, jazz with Bach’s own language.

The first CD of the set is dominated by British composers, and indeed many of the works were composed for A Bach Book for Harriet Cohen, published in 1931 by OUP. The pianist herself contributed two items, and asked her numerous composer friends to contribute. There is a nice range here from straightforward transcriptions to the Romantic gesturing of Bax’s Fantasy BWV572 or Lord Berners’s idiosyncratic version of ‘In dulci jubilo’. Of particular interest is Eugene Goossens’s rendition of the slow movement of the second ‘Brandenburg’ Concerto, and speaking of idiosyncratic, there is Vaughan Williams’s chorale prelude, ‘Ach bleib bei uns, Herr Jesu Christ’, BWV649, archly marked quasi notturno. Those elements of speed, dynamics and expression are much more detailed in this work than in Bach’s but still leave room for interpretation as is clear from comparing Gray’s recording with that of Jonathan Plowright, who has recorded the ‘Bach Book’ for Hyperion: both pianists bring great insight into the inexhaustible wealth of Bach’s music and its ramifying effect on other composers. Gray’s first disc fills out the ‘Bach Book’ program with several other tracks, including two that might be Bach’s own reductions of movement from the Violin Partita BWV1006 and Sonata BWV964, and – idiosyncrasy again – Percy Grainger’s Blithe Bells.

The British arrangements, with one or two exceptions tend towards self-effacement (of the composer/arranger) and might be considered player’s music, suitable for AMEB exams rather than the concert platform. The second disc and some of the third, by contrast, are devoted to the often flashy, virtuosic pianism that Bach begat on the 19th and early 20th centuries. Saint-Saëns, a brilliant pianist himself, provides glittering versions of such works as the Sinfonia from the cantata BWV29, Wilhelm Kempff’s are frequently searching; there are curiosities from Alkan and the Anglo-American composer Harold Bauer, who takes a huge risk in turning movements from the Cello Suites into piano music. (It more or less pays off, though given the ingenious pains Bach took to create the effect of polyphony, it is rather to gild the lily.) And, naturally, Gray includes proven warhorses by Busoni and Reger, and performs them with great panache. Much of that repertoire is much recorded, so of particular interest is the crop of works by living composers that makes up the rest of the final disc. 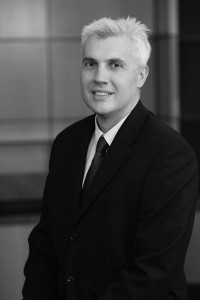 Gray himself offers a ‘straight’ but very beautiful ‘Letzte Stunde, brich herein’ from BWV31, where Judith Weir’s Roll off the Ragged Rocks of Sin is a punchy, chthonic essay and Frank Millward’s Crucifixion Blues speaks for itself. François Sarhan and Earle Wild both cross-breed Bachian elements with Gallic ones, while Michael Blake fascinatingly provides a heap of broken images from Myra Hess’s famous version of ‘Jesu, Joy of Man’s Desiring’. Michael Finnissy and Andrew Toovey both further dismantle and rebuild new works based on Bachian bits. Sally Mays’s version of the ‘Passion Chorale’ is very simple and very moving, and it is good to see a piano version of the ‘Sleeper’s Wake’ as Andrew Schultz so powerfully imagined it in the cantata Journey to Horseshoe Bend (written with Gordon Kalton Williams). Gabriel Jackson’s Carillon: In dulci jubilo has a childlike charm miles from the archness of Lord Berners’s version. It is a fantastic survey of a rich field of music, and Gray’s performances are always considered, technically deft and extremely musical. The project has of course taken some years, with various tracks recorded at different times here and in England, so there are inevitably some slight differences of piano sound and ambience. Gray has provided a detailed and thoughtful program note, exploring the ethics of transcription and outlining what each period’s transcriptions teach us about Baroque performance practice at any given time. But one feels that however distant any of these pieces are from the sound of Bach on a two manual harpsichord tuned in Kirnberger III at A415, they all stem from great love and respect of the music. I can’t put it better than Debussy, again:

Bach exercises a sovereign influence on music, and in his goodness and might has willed that we should ever gain fresh knowledge from the noble lessons he has left us, and thus his disinterested love is perpetuated.