One of the most perfidious and stupid lies to cross popular culture for a while was that while the Vietnam war may have been the most pointless war, it had the best soundtrack. Music is way too subjective, and what worked in 1915 did not work in 1965. In any case, the First World War brought much great music to the masses. It is not a coincidence that the recording industry appears just before the War starts: the rapid industrialisation allowed such horrors as the war, but also such blessings as recording.

This recording is a collection of what Australians sang and listened to. It’s a two CD set, and many of the big ‘hits’are on it. Interestingly enough, there’s very little Australian content – most of the songs are British or American in origin. This is of course appropriate. Tin Pan Alley and London very quickly dominated songwriting, so most, though not all, music emanated from there. Australians in 1914 saw themselves very much, with notable exceptions, as British. London was home. The US had already started flexing its geopolitical muscles. 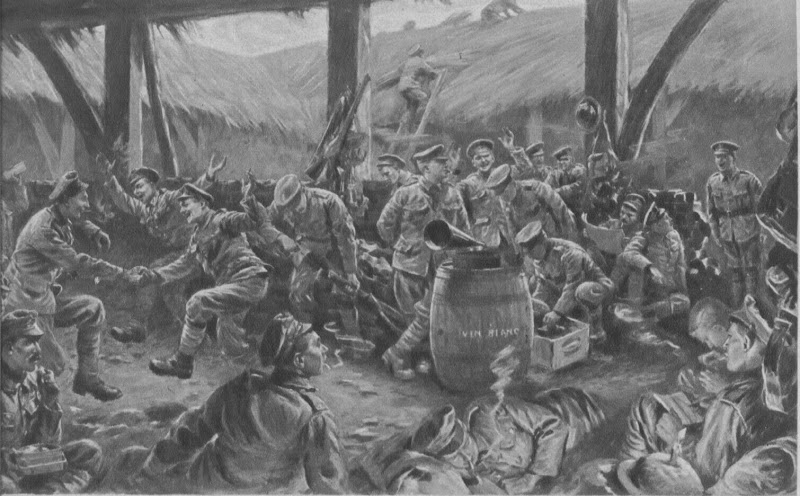 In general, the songs range from paeans to home and nostalgia (e.g., When Irish Eyes are Smiling,  It’s a Long Way to Tipperary), to patriotic tub thumpers (Australia will be there; What Are You Going to Do to Help the Boys; Your King and Country Want You) There are a few songs which make light of the situation (Oh! It’s a Lovely War; Pack Up Your Troubles). There are some love songs – K-K-K Katy, and If You Were the Only Girl in the World. The most affecting ones are those that subtly suggest that things are far more tragic than the other songs suggest: Just Before the Battle, and perhaps most touchingly, the rather upbeat The Boys Who Won’t Come Home.

The First World War left those countries that participated in it permanently scarred. Its causes are complex. Unlike World War Two, which at least can be inelegantly reduced to ‘Democracy/Communism vs Fascism’– World War One is about treaties, alliances, and trade and Imperial issues. As a result the loss was keenly felt: every family lost a member, or saw someone come home permanently scarred – either physically, mentally or both. The war, being hard to justify, became vigorously justified. The grief permeates the culture: war memorials, RSL clubs, ANZAC day. No death was in vain; none was wasted[O1] . The losses are justified for the cause. World War One needs to be remembered for this: the awful waste of life. Even if the song is jaunty, underneath is the realisation that a generation or two were wiped out. The emotion, being restrained, packs a much larger punch than if it were more overt.

This collection was released with a companion book: at the time of writing, I’ve not read the book. Nonetheless this collection is a wonderful archive of historical artefacts. The original cracks and pops of the shellac records have mostly been kept: though some tracks (for example, Bravo! Little Belgium) have been marvellously[O2]  cleaned up. Music historians, military historians and social historians should listen to this collection.