Once upon a time British music was seen by an aspiring Australian avant-garde as incorrigibly conservative. A semi-mythical figure, the English organist-composer, minted by one or other Oxbridge college, would descend on Australia and, taking up an academic or other institutional position, act as a reactionary brake on the development of local modernism. We still occasionally hear censorious mutterings about a semi-mythical aesthetic movement known as Pastoralism, which embodies these evils. And it was a two-way street: even as late as the early 1960s, the young Peter Sculthorpe would beat the obligatory path to Oxford. There, as he often told us, his sense of being Australian was thrown into sharper relief; the untimely death of his father, and Sculthorpe’s return to his home state catalysed his search for an “Australian” musical language.

Clearly, much had changed when Paul Stanhope won the Takemitsu Prize in 2004 for a work entitled Fantasia on a Theme by Vaughan Williams. Here was a composer unafraid of professing a love of the doyen of English “pastoralists”. Moreover, the theme on which Stanhope based his piece was a hymn-tune: Vaughan Williams’s Down Ampney, which sets the words “Come down, O Love divine”. 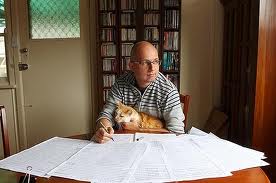 Vaughan Williams himself described composition as a ‘rum go’, and was always grateful for the private means that cushioned him from the need to make it a paying concern. But things changed in Britain too, with a huge upsurge in the number of composers, and an ever-increasing variety of aesthetic modes. If the Britten-Tippett generation was smirked at by the likes of Luciano Berio, younger Brits like Peter Maxwell Davies and Harrison Birtwistle were not. Later again, James Dillon and Richard Barratt would position themselves at the pointy end of new music; Scots like Judith Weir, Sally Beamish and James MacMillan became internationally recognised; George Benjamin received a kind of apostolic succession from his teacher, Messiaen. Thomas Adès, born in 1971, quickly and rightly established himself as the most important British composer of his generation.

Predictably, this has led to a rush of blood to the collective head of the ABC marketing department, who, in the publicity material for this new release from the MSO Live imprint, describe Adès as a ‘cutting-edge composer’. If anything, this welcome recording of Polaris in fact reveals a composer firmly grounded in, but not uncritical of, a long and honourable tradition of orchestral craft and imagination, and whose work is all the richer for it. Inspired in part by illustrations for Moby-Dick, Polaris was commissioned for the New World Symphony for inaugural concerts at the New World Center in Miami, Florida, and seeks to exploit the strengths of both the orchestra and the acoustics of the new hall. (Video artist Tal Rosner produced a video to accompany the performance, which, Adès believes, “brings out the strong marine element in the piece”.) 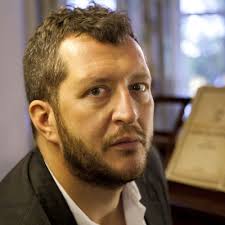 As in several of his orchestral works, but notably Tevot, Adès constructs a single-movement span using the metaphor of a journey. His brilliantly colourful orchestration derives ultimately from a variety of precursors, his pitch-organisation is freely derived from 12-note sets but strong gravitational, or as he puts it, magnetic, properties, and his layering of canons and ostinatos, which move at radically different speeds, give the music the sort of inexorable power of a Bruckner symphonic movement, using several of the same means. A quiet, but active, tracery of motifs creates a fascinating surface, while the longer-breathed brass motifs mark the stately pace of the work towards its ultimate goal, the note A.

The Melbourne Symphony Orchestra, recorded live in 2012 under quondam chief conductor Markus Stenz, is in very fine form, giving a completely convincing account of the work’s arc, its dramatic retreat into quietness at the “golden section” mark and its thrilling conclusion. The sound production is very good – perhaps a little less present in quieter passages than in some of the recordings of Polaris (freely available on YouTube) from elsewhere, but then the Hamer Hall acoustics will always remain idiosyncratic.

Paired with Polaris is Paul Stanhope’s Piccolo Concerto, composed for the MSO’s highly gifted principal, Andrew Macleod, and performed by him with conductor Benjamin Northey in 2013. Here Stanhope returns to English hymnody, this time the beautiful melody that (underappreciated) British composer John Ireland wrote in 1918 to set ‘My Song is Love Unknown’, by 17th century poet Samuel Crossman. Stanhope has made use of this tune before, in a short work for Piano Quartet. He points out that neither piece has any specific religious connotations, but notes that the hymn, like Vaughan Williams’s, is concerned with compassion. Stanhope begins with a gentle meditation on the tonic-mediant-subdominant motif with which the hymn-tune begins. The piccolo, whose bright thread might remind us of moments in Carl Vine’s music, emerges unobtrusively from this section, noodling for a time in the Lydian tonic before setting out in a faster section of buoyant additive rhythms and colourful orchestral swells. Such elements naturally evoke certain aspects of the Ross Edwards of Maninyas, but the dance episodes are frequently reined in by a return of material derived from the hymn, which at the end of the movement is given fuller treatment before fading, leaving the piccolo on an impossibly high and soft note. Despite the piccolo’s carrying power, Stanhope wisely presents it in varyingly diaphanous textures, saving the full tutti for moments of structural importance. There are, therefore, several instances of solo playing from the orchestral brass and woodwinds in particular, which are all beautifully executed. If anything, one could wish for slightly more confidence from the violins in some of the angular, Lydian motifs of the first movement, but in general the orchestra responds with admirable discipline to Northey’s direction. The second of the Concerto’s two movements is a Scherzo, with a subtitle (“Wheels within Wheels”) that Stanhope admits might evoke the Biblical vision of Ezekiel but which here is about interlocking motoric musical devices, established at the outset by percussion figures. The essentially lyrical writing for the piccolo in the first movement becomes here more overtly virtuosic, especially in the cadenza that dominates the centre of the Scherzo. There is inevitably a certain amount of “flautese” with echoes of Ravel’s “Daphnis” or any number of Baroque works, before a charmingly louche melody that bears passing resemblance to a once-popular movie theme that I won’t mention so you won’t get an earworm.

Macleod’s playing is masterly, effortless in the virtuoso passage-work, maintaining a beautiful timbre even in the stratospheric regions, and displaying a prodigious control of dynamics.

Programming new work has always been and continues to be a vexed issue for orchestras. MSO has done better than many in balancing the need to generate and support new work in Australia with the need to introduce audiences here to new work from elsewhere (in the face of a certain amount of inertia). This disc shows that composers from Australia and the northern hemisphere have much to say to each other.

Gordon Kerry wrote the program note on Polaris that is reprinted with this CD.