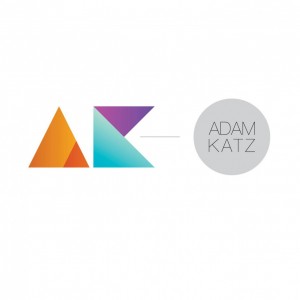 This cheerful album is well recorded with good clear sound at the reputable Sing Sing Studios in Melbourne, and features a good line-up of Melbourne based musicians with Adam Katz, piano, Keith Carlock, drums, Julien Wilson, and Ben Anderson, sax, Steve Magnusson, Nic Lam, and Christian Meyer, guitar, Ben Anderson, sax, and Brendan Tsui, bass. There is some simple but effective graphic design on the cover. All compositions are written and recorded by Adam Katz. It’s not clear to me why there are three different guitarists and two different saxophonists as they are all featured on separate tracks. Perhaps it was felt that they each brought certain unique qualities for their respective feature tracks, or perhaps it was simply a question of musician availability. The rhythm section is tight with Tsui the electric bassist, revealing a precise, full sound, and the drummer also in control and in the pocket while pianist and leader Adam Katz oversees and directs proceedings from the piano.

Pianist, guitarists, and saxophonists all play and improvise well throughout the album and execute Katz’s compositions with professionalism and sincerity, the band sounding well rehearsed with the playing confident and assured.

The opening track Mistral, after a band statement of the theme, leads to some solo piano that is dramatic, even cinematic in style, before delving into a piano improvisation with the band behind, using just four chords of one of the theme’s sections. The piano playing is polished and accomplished but I would have loved a bit more grit via a few odd notes or cross rhythms to provide a little more human factor and add interest and contrast.

The same harmonic section is repeated for the saxophone solo, which does at least prolong further into a bridge or B section. Wilson plays with his big yet warm tone, with long notes that build tension before unleashing a fast cascade of semi-quavers. However the blowing or improvisation chord changes or underlying overall harmony are too simple and repetitive which is an overall problem with the CD. The harmonies are a little simple and repetitive in places leaving less room for the improvisers to develop complexity and variety or simply be challenged along with the listener. The piece’s tag features a drum solo over a new vamp, the harmony of which could have been used for the saxophone solo for example while providing contrast to the piano improvisation harmonies.

Working Title has a theme and introduction that are doubled with distorted electric guitar, and the B and C sections with guitar and soprano sax. This piece has a classic jazz fusion sound. The guitar solo features a nice contrast between staccato and more legato lines with hints of legendary guitarists Carlos Santana, John McLaughlin, or Mike Stern …
The piano solo makes use of smooth silky arpeggios and the band seems to reach further heights under the saxophone. The out theme makes use of guitar and sax at octave unison, and has a punchy slick ending.

The third track, called Interlude is a lovely and well-placed solo piano piece, the introduction featuring a good independence of hands, the piece grooving nicely in an almost 70s jazz/soul style reminiscent of Keith Jarratt’s 1973 electric piano playing on Ruta and Daitya. Its teasingly too short, and I would have love to have heard more on the album in this vein.

Blue Pants has acoustic nylon string guitar taking the theme. The drummer’s rim shot almost becomes a distraction, but a piano solo takes over with many flourishes, ornaments, and descending semiquaver arpeggio runs. The piece uses a vamp or repetitive figure in seven but despite this, feels a little too similar to the first two tracks that also used repetitive vamp figures.

The final track, Lullabye, again features piano and acoustic guitar. It is a very simple but pretty straight-eights theme that is sober and classical, even anthem or church-like. One imagines a wedding or the king who has returned to his island after a lengthy time away.

This album features much fine and accomplished playing, but the music is at times a little bland. It works well as background music, and no criticism is intended by this, as let’s face it, many of us listen to music in the background and in a variety of settings and times. But on closer listening, it leaves one a little frustrated, wanting more risk and innovation.