The next Freedman New Jazz concert is:

with special support by Ben Hauptmann 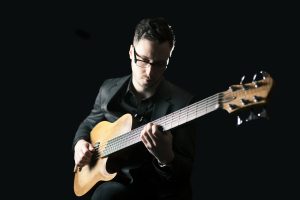 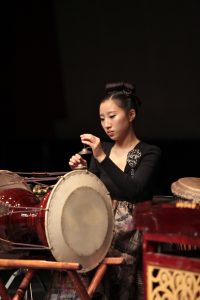 “You know a show is special when the audience jumps to its collective feet as soon as the last note is played… The intensity was sustained throughout this performance, making it one of 2014’s highlights.”  – Jazzwise UK

Bass guitarist and Freedman Fellow Christopher Hale and virtuoso percussionist Minyoung Woo have been collaborating since 2012, developing a common rhythmic language that draws on ancient Korean shamanic drumming, original composition and improvisation. The result is a mode of rhythm that reaches deep into each player’s experience to create thrilling new music unique to this friendship. Joined by the highest calibre of improvising musicians in Australia, this concert presents the debut of a new suite of music that is mysterious, complex and beautiful.

The first concert of Freedman New Jazz series in 2017 was:

Next concert was a collaboration with the Australian National Maritime Museum and presents a project by former Freedman recipient Matt Keegan. The Three Seas combines elements of Indian folk music with a western style of song form and production in a band of performers from India and Australia.

Read the 4-star review by John Shand in SMH HERE

Freedman New Jazz series is presented with the support of Freedman Foundation, managed by The Music Trust and administered by SIMA (Sydney Improvised Music Association).