Julian Yu has already had significant success with his variations on Twinkle Twinkle Little Star as a pedagogical sheet music publication first in Japan and then in China. The work showcases the myriad of compositional techniques that composers have traditionally brought to the theme and variations genre; and being a theme of only six short seven-note phases, it lends itself to this extraordinary number of variational exercises. The result is a major work that can be encompassed within the span of a standard concert program but not quite within the span of one CD. The remainder of the second CD comprises yet another unusual arrangement experiment: Yu has written (with the necessary permissions) a second piano part to thirty-eight of Dmitri Kabalevsky’s Pieces for Children (mainly from Op 39 and Op. 27), again with the intention of parading his palette of compositional/arrangement techniques. 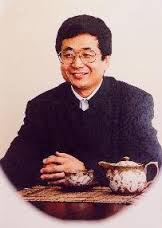 Variations on “‘Twinkle Twinkle” have been tackled by composers as diverse as Mozart and Alvin and the Chipmunks, but none with the same exhaustive and (some might say) exhausting result as Julian Yu. In order to get some order into his enterprise Yu has grouped his efforts under headings such as “counterpoint”, “harmony”, “texture and figuration”, “some tricks”, “composers and genres”, “tonality and atonality”, “twelve-tone and serialism”, boundless possibilities”, “popular music” and “folk music”. The earlier contrapuntal, harmonic, textural and “trick” variations are well crafted but rather staid with the exception of a rather brilliant Bach-styled invention (track 15). When we get to the “composers and genres”, Yu’s talent of stylistic parody shines through with variations based on canonical works. The best of these are treatments of Bach’s “Prelude in C minor, Book 1”, Vivaldi’s “Spring”, Saint-Saëns’ “Dance Macabre”, Puccini’s “Nessun Dorma”, Rachmaninov’s “Prelude in G Minor” and Copland’s “Rodeo”.

With the exception of his ragtime parody, the five movements in the “popular” category fall a bit flat, but Yu’s decorative approach in his Japanese, Korean, Indonesian and Chinese variations provides a fitting end to the monumental work.

As for the Kabalevsky, Yu’s approach is reverential rather than in any way imposing or inappropriately flamboyant.

Michael Kieran Harvey’s performances are very impressive. It is wonderful to hear the subtlety of his playing of simple textures (even single lines) because we are so used to hearing him play dazzling virtuosic music. Particularly impressive is the flawless rhythmic flow of his overdubbing of the second piano part in the Kabalevsky pieces.